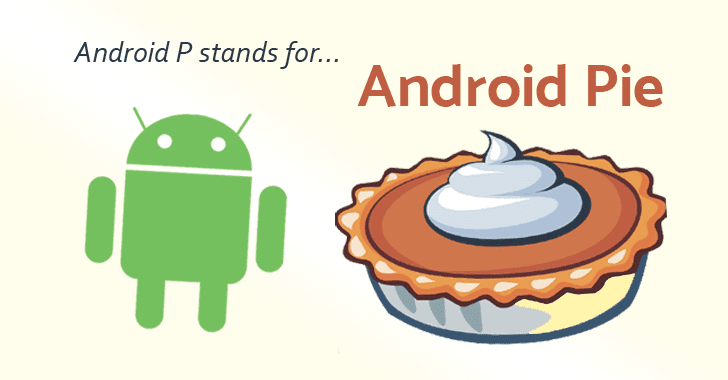 Surprisingly, it has only been a couple of months since Samsung’s Galaxy S7 received its Android 8.1 Oreo update that the Android 9 Pie is ready to be launched. Quite a run for the latest software launch is being put up by Android. As quirky as it sounds, we are wondering why the company decided to not use the “π” symbol in the new logo.

Much as the old phone users who did not receive even the update for Android 8.1 Oreo must be dreading the launch of a new software upgrade, we cannot help but appreciate the fact that Google is now developing its software based on user reviews and feedback. This shows how more and more people are paying close attention to software development and the features it has to offer in regular upgrades.

Diving into the Android 9 Pie

For starters, the Android 9 Pie has lots of new changes and things that would delight the users. Starting with the first one would be an upgraded and changed User Interface (UI). The Android 9 Pie has a “gesture navigation” system. It’s rumored that this might be the only navigation system in the upcoming Google Pixel 3 devices. The upgrade, however, does give you the option to keep it turned on or off, as per the user’s choice.

In place of the home button, the Android 9 Pie has designed an oval shape central button. If you tap on it, it takes you to the home screen, and long pressing it opens the Google Assistant. The menu button has been replaced by the navigation control system. You’ve to swipe up once to see all the recently used applications. A second swipe up redirects you to the applications drawer. This is a slightly confusing feature as two similar swipes up have been conditioned to providing a different set of results. We will get to know how well this works once the software upgrade goes public.

The Android 9 Pie has a redesigned section for the recently used apps. Google has added a much-needed button on the left side of the screen that allows users to close all the applications once instead of swiping them one by one. Towards the bottom is a section that shows your “Predicted apps” based upon the pattern which you usually use for using the applications present in your phone.

Another unique feature includes the choice of selecting a text in the “Recent Applications” section without making the application active.

The notification panel has a new shade of color and follows the Google Material design technology. The expandable menu option is no longer available, which usually used to launch when the Bluetooth or Wi-Fi button was long pressed. The notifications have also been changed and everything more or less has a round style touch to it.

Currently, the Android 9 Pie is still in its beta version.

Related Topics:Android 9 Pie
Up Next

Galaxy Note 9- What does the upcoming beast have to offer?

Samsung Galaxy A8 – Unravelling the latest of the Samsung A-series