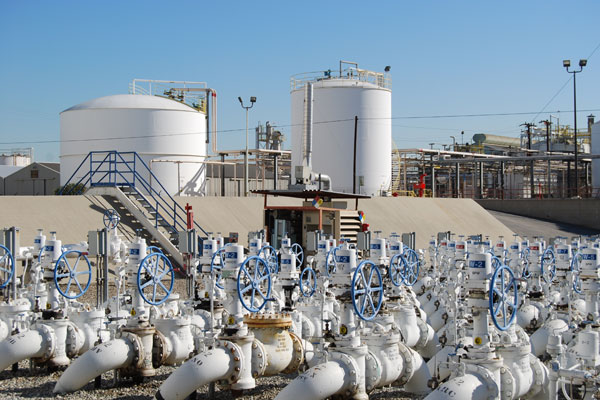 For the first quarter, merchandise margin increased to $50.0M from $3.0M in 2017 mainly because of the Western Refining acquisition and the conversion of MSO sites (multi-site operators) to company owned sites, which allow for the capture of non-fuel margin. Andeavor continued to grow its network of retail and branded stations, increasing by 787 stations, or 31% year-over-year, to 3,300. This was mainly driven by the Western acquisition, the acquisition of retail stations accomplished in Northern California in July 2017, and the continued execution of the Company`s organic growth plan, counting rebranding and expansion into Mexico. Andeavor has 57 branded stations and 25 unbranded stations in Mexico as of April 30, 2018.

Logistics segment operating income increased to $188.0M in the first quarter 2018 from $150.0M a year ago and segment EBITDA increased to $271.0M from $212.0M last year. The increase in segment operating income and segment EBITDA was mainly driven by contributions from the Western Refining Logistics acquisition and the 2017 drop down as well as organic growth.

Andeavor ended the quarter with $433.0M in cash and cash equivalents, down from $543.0M at the end of 2017. Andeavor presently has about $2.20B of availability under its revolving credit facility. Total debt, net of unamortized issuance costs, was $8.70B at the end of the first quarter. Excluding Andeavor Logistics, total debt was $4.60B.

ANDV has a market value of $21.83B while its EPS was booked as $4.62 in the last 12 months. The stock has 145.82M shares outstanding. In the profitability analysis, the company has gross profit margin of 17.60% while net profit margin was 4.30%. Beta value of the company was 1.33; beta is used to measure riskiness of the security. Analyst recommendation for this stock stands at 2.40.

Related Topics:AndeavorANDVNYSE: ANDV
Up Next