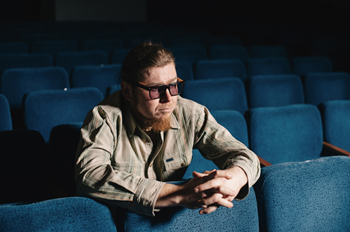 Stoner culture isn’t all unproductivity, lack of motivation, laziness and reggae. There are plenty of people who enjoy partaking in cannabis but who have rich and sophisticated tastes.

If you consider yourself a discerning stoner, you probably don’t enjoy the most popular movies about weed — the Harold and Kumars, the Pineapple Expresses, etc. However, you probably still enjoy seeing your substance of choice on film, especially when it is used to explore deep themes or depict art in an interesting way. For your next stoner movie night, why not supply yourself with some good kush from a top Colorado dispensary and settle in for these elevated flicks:

Sometimes when you get high, you want to laugh. Sometimes when you get high, you need to watch Inherent Vice (2014). Adapted from a novel by Thomas Pynchon — an author known for density and complexity in his works — the film is a detective story at heart, but one that delves deeply into the drug culture of Los Angeles. Beautifully shot and acted, this movie will rock you, stoned or not.

Released at the height of hippie drug culture, The Trip (1967) uses marijuana as a catch-all for all sorts of psychoactive and psychedelic drugs. The plot isn’t the point of the movie; rather, the beauty and wonder of the film comes from its spectacular visuals, which are meant to depict one man’s trip as he explores his feelings about love and loss. Allegedly, the director and crew dropped acid together before shooting, which is likely what led to the wacky and wonderful imagery.

Another film that focuses less on storytelling and more on story-feeling, Koyaanisqatsi (1982) strives to show the viewer that there is meaning in everything. The name of the movie comes from the Hopi term for “Life Out of Balance,” and its blended sights and sounds can make even the most sober viewer feel like an edible just kicked in. Generally, you want your mind to be clear while you take in this flick, so using a hard-hitting indica is your best choice. 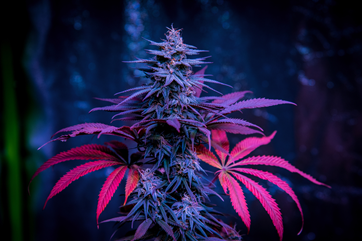 Where did humankind come from? This movie attempts to answer that question — not through archaeology or philosophy or theology, but rather by psychedelic drugs and isolation tanks. Like so many stoner films, the plot here is thin, but that doesn’t mean the movie is any less visually or emotionally impactful. In fact, you will probably return to this flick again and again, sober and stoned, to try to piece together what happens in the end.

Under the Silver Lake

Stoners don’t make particularly good detectives — they are just a little too paranoid to be productive. Under the Silver Lake (2018) depicts this effect of cannabis better than any other movie I’ve seen, and it does so with delicacy and intrigue. Even better, because this film was released so recently, the acting, cinematography and storytelling are much more aligned with modern tastes, so you might be able to convince your non-cinephile friends to watch.

Easy Rider (1969) is about a pair of hippies riding motorcycles filled with drugs across the American West. There is hardly a more stoner-driven counterculture story than that. Starring Dennis Hopper, Peter Fonda and Jack Nicholson — three of the era’s biggest stars — this film helps to highlight how cannabis can be a helpful medicinal tool in treating more dangerous addictive disorders. However, it is the in-between scenes, which are likely unscripted, that truly capture the stoner’s essence and makes this movie so important in cannabis canon.

You have seen The Big Lebowski (1998). You undoubtedly love The Big Lebowski (1998). However, that doesn’t mean this movie doesn’t deserve a spot on this list. The beauty of this film is how effortlessly it mixes the goofy, easygoing nature of cannabis users with the profound, perspective-shifting realizations that cannabis can bring. Things happen in life, and for better or for worse, weed is a tool for helping us deal with those things.

Any movie can be a stoner movie if you, the viewer, has enough weed to share. Yet, the next time you are craving something a bit more challenging with your media, you might turn to any of the above movies that mix marijuana and meaning. If you ever want to try theses strains, you can check out potlala and browse on various kinds of stoners.