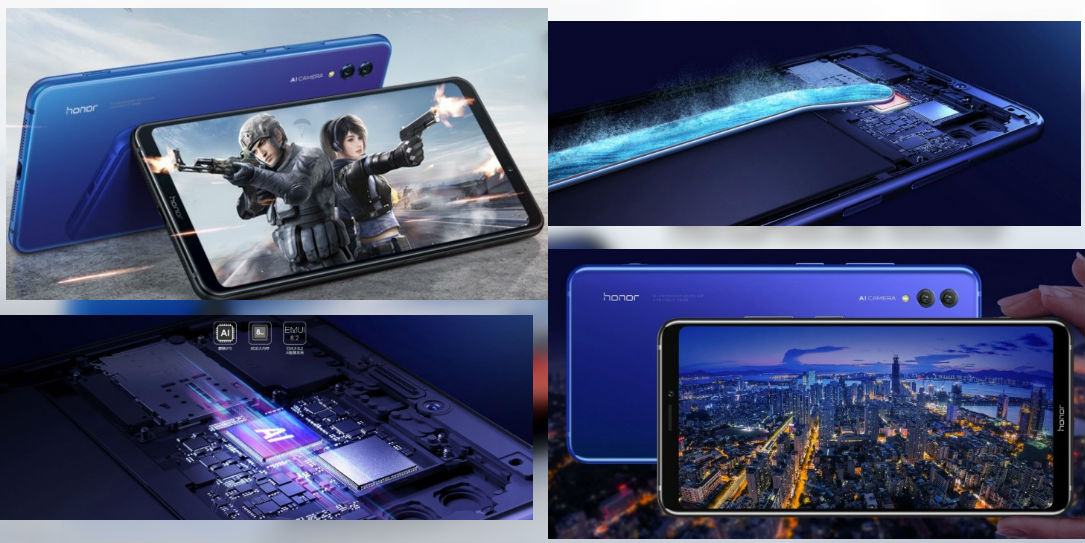 The developers launched the new Honor Note 10 yesterday and today it will be getting its local commercial release. For the fans who thought that Honor Note 10 and Honor 10 GT was good, they should wait for Honor Note 10. This device comes with major hardware improvements as compared to these phones.

The smartphone packs an amazing 6.95” AMOLED display. The display will get it power from the Kirin 970 Soc. The chipset has great capability for AI processing. Although, Honor Note 10 would have performed better with a Kirin 980. The phone features 18.5:9 and 2,220 x 1,080 resolution following behind some big smartphone giants. Huawei went with very thin bezels as we have already seen in some of its bigger flagships. The front facing camera has a 13MP lens with a chin bezel for the front logo support. There are two back cameras featuring 16MP and 24MP lenses. Furthermore, it is worth mentioning that the secondary camera has a monochromatic lens instead of telephoto.

People will receive a Turbo for CPU, coupled with GPU turbo in Honor Note 10 shipment. This feature will not only increase the performance but it will also maximize the full potential of the phone. The turbo mode will also help in preserving the battery life of the phone. The shipment will also include a Liquid Cooling System to control the heat dissipation. This cooling system in the phone helps it support the high-end Android games without overheating. The phone also includes the stereo sound speakers with sound enhancement features of Dolby Atmos.

However, the phone has a rear mounted fingerprint sensor instead of an in-display scanner. All the cameras include an image stabilization mode based on AIS or AI. This allows the camera to analyze various situations and adjust the image quality according to the light conditions. The self-portrait mode also has a feature of beautification. The phone has the latest Android 8.1 OS and the company’s latest User-Interface on top of it.

Honor Note 10 has different price sets for increment in various features improvement. But with all the above-mentioned traits its overall price is very modest. The 6GB RAM and 64GB ROM model will cost the fans about $410. The phone also has the option of 8GB RAM and 128GB ROM for just $525. This is only the second phone under the Honor flagship that has feature an 8GB RAM.

However, we still don’t know whether Honor Note 10 will be available outside of China market. But if it does it may give companies like OnePlus a run for their money.

Related Topics:HardwareHonor Note 10Performance
Up Next