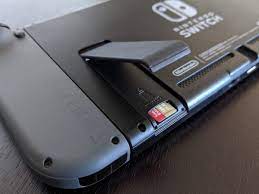 With the passage of time, video game consoles and video games have grown in popularity as a result of this. This means that if you often play new games, your console’s storage space will be quickly depleted if you play a large number of them. In the same way that earlier Nintendo systems allowed you to store games and screenshots, you may do so on the Nintendo Switch by inserting a microSD card (and only a microSD card) into the memory card port. Using this method, you can easily and affordably increase the amount of storage space available in your home or office.

The presence of an SD card slot on the Switch is not immediately obvious from the outside. Due to the fact that it is concealed beneath another portion of the system, it is far less noticeable than the slot on the Wii, which was positioned directly in the middle of the front panel of the console. The SD card port on your Nintendo Switch can be found on the left side of the console. Follow the steps in this tutorial to insert a microSD card and learn what you can do with your SD card.

Read Also: How to Manage and Transfer Data on the Nintendo Switch

How to Insert an SD card into the Nintendo Switch

Before you do anything, make sure the console is completely switched off and disconnected.

1. Remove your Switch from its docking station and turn it over. Keep an eye out for the kickstand, which is a rectangular piece of plastic that can be found on the left side of the console.

2. Insert your fingernail or anything similar underneath the lip on the bottom of the kickstand, such as a flathead screwdriver, to secure the kickstand in place. Then lift it up and away from the Switch’s body to allow it to be opened.

3. The SD card slot can be found beneath the stand, on the left side. You may remove the card from the slot if it’s already there by gently inserting it and then releasing it. It should pop out and you can remove it from the slot.

5. Once you are certain that your SD card is properly positioned, simply push it back into the port until you feel or hear it snap into place. 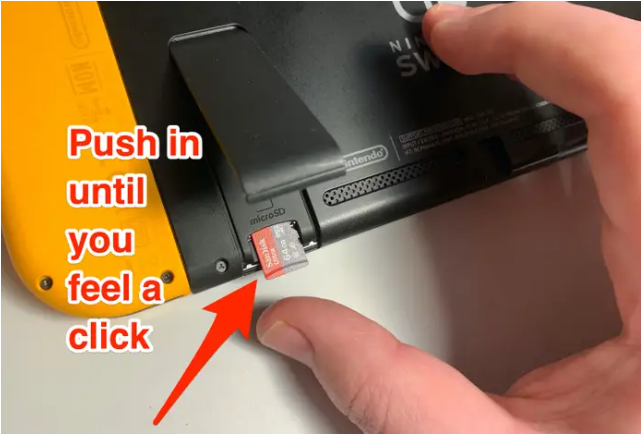 6. After inserting the SD card, you can return the kickstand to its original position by pushing it back down and clicking it into place.

How to Run Your Old PC Games on Windows 10

How to Make a Clan in Destiny 2