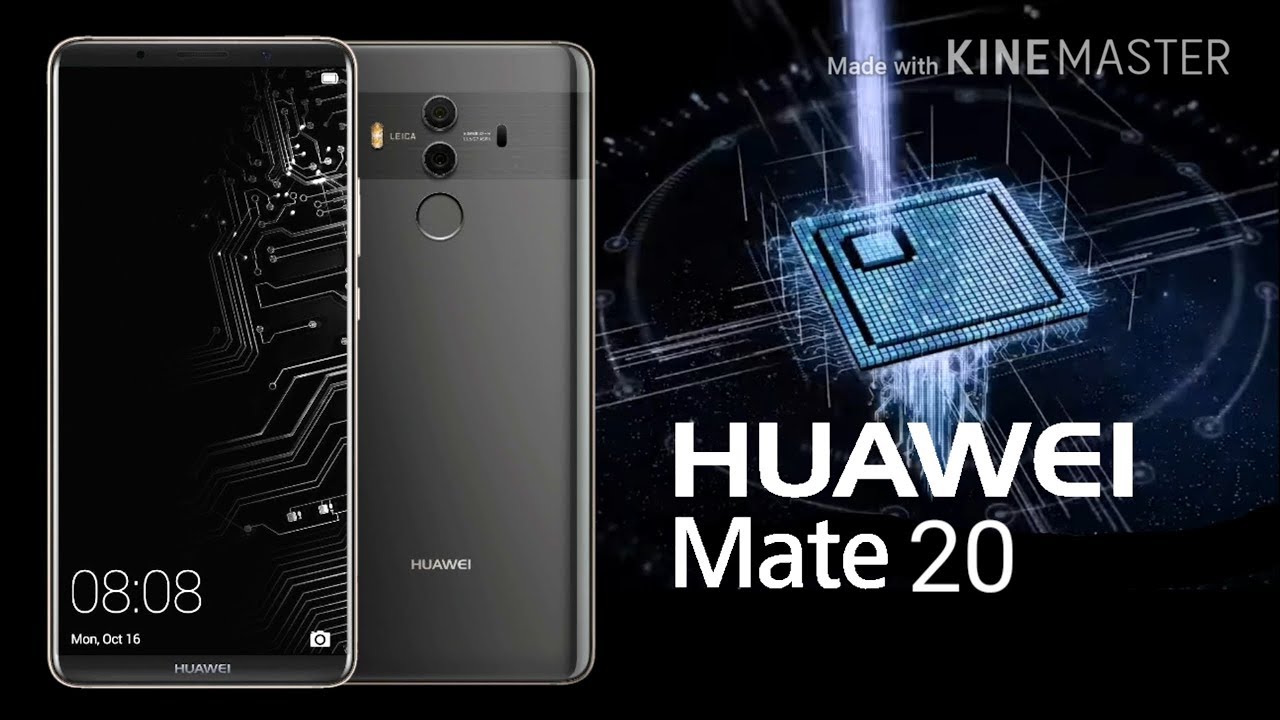 The Huawei Mate 20 is due to launch in October, but here is a slight sneak peek into the specifications and face unveil of the phone.

The Huawei Mate 20 has a water droplet notch design on its front and is devoid of any physical buttons. Above the notch is an earpiece that will simultaneously work as the second unit in a pair of stereo speakers of the phone.

The phone features a 3.5mm jack which can be used for headphones and speakers both. The bottom end of the phone has a USB-C type charging port along with the second speaker of the phone. Following the design of the Huawei Mate P20 Pro, the Huawei Mate 20 will support three cameras on its back. Additionally, there will be a fingerprint scanner on its backside too.

The rear side of the phone is glass designed. The phone will support wireless charging. As for its display, the Huawei Mate 20 has a 6.3-inch 2244x1080px AMOLED screen and will be powered by a Kirin 980 chipset. The phone is bound to be a powerhouse with its 6GB of RAM and 4,200 mAh battery pack.

As for its software, the Huawei Mate 20 will run on EMUI 9 alongside Android 9 Pie.

Related Topics:Huawei Mate 20
Up Next