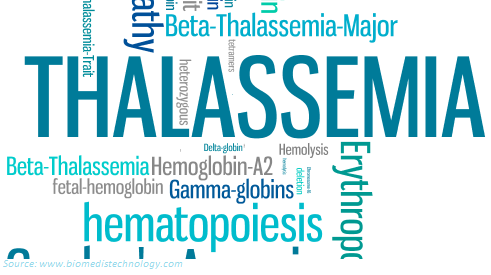 Thalassemia is a blood disorder which is inherited and caused by either deletion of key gene fragment or mutation in genes. As a result of which body starts producing abnormal haemoglobin which leads to anaemia. It is transmitted to the next generation when one of the parents is the carrier of the disease. Haemoglobin in red blood cell is responsible for oxygen transport and is protein in nature. When abnormal haemoglobin is formed, there is not enough supply of oxygen to your organs which leads to abnormal functioning and complications.

if only one parent has mutated gene the child is said to be thalassemia trait carrier and may face minor symptoms of anaemia.

If You Sleep a lot You Might Be Narcoleptic – See Causes, Symptoms and Treatment