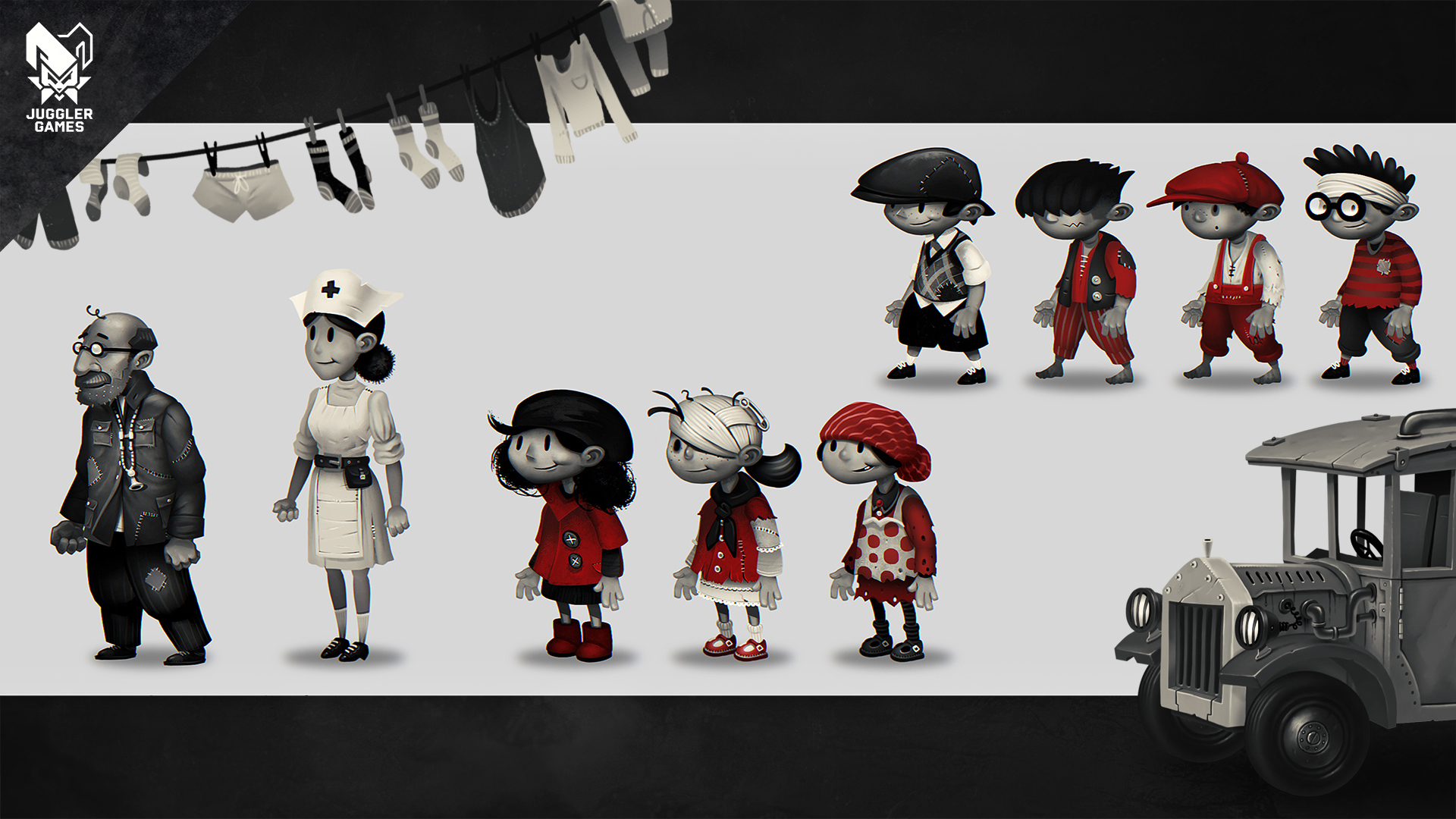 Developed by Juggler Games, My Memory of Us is an action-adventure video game, based on the friendship of a girl and a boy. The duo together faces a terror-filled world, which portrays scenes from World War 2. My Memory of Us is a black and white puzzle game, set to release on 9 October 2018 for PC, PlayStation 4 and Xbox One. The game is based on true events of World War 2. This nostalgic and unique game represents the miseries and horrors faced by the victims of this horrific world event.

The fictional game begins in a city which is inspired by Warsaw. The city is shown as it was before WW2, but as the game proceeds, it showcases real incidents from the war. Although technically, the game contains logical puzzles of 2.5D, the plot comprises of meaningful events based upon true history. Previous year’s trailer of My Memory of Us revealed short Disney animations of an old style. In the trailer, the setting reveals a Jewish slum in Poland during the era of World War 2. Appropriately organized and made for the eyes of children, the game has features like mindless robots, which represent German soldiers. The children, however, are not exposed to the political details of the anti-Semitism movement during the war.

Both the characters, the boy and the girl possess their own different skills and they can even be controlled together as a pair. Symbolic pictures are used as the game’s language. My Memory of Us is known for its outstanding artistic layout comprising of sketch-like visuals and mind-boggling puzzles. The game has successfully proved to be a remarkable project. It remains as a unique game for its emotional value due to its close relation with the events of WW2.

Patrick Stewart has been made the narrator of the game, as revealed in the new trailer. This trailer has displayed Patrick’s talents as a narrator and the game’s unique layout. For his performance with Royal Shakespeare Company, he has been granted several awards. Patrick Stewart has maintained his acting career for the past six decades and continues to impress his fans with his undying passion and talent.

Related Topics:My Memory of Us
Up Next