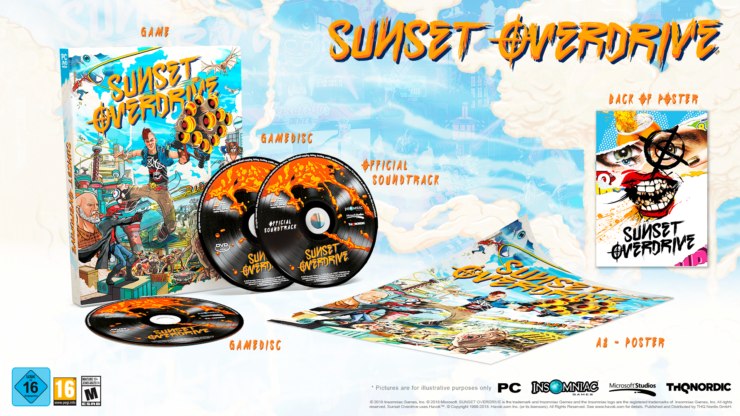 Today is an exciting day to celebrate for the fans of Insomniac Games and PC gaming. The reason is, Sunset Overdrive now available on both Steam and the Windows 10 store. The game that originally launched in 2014, can be purchased via Microsoft Store or Steam with the price $19.99. The release of Sunset Overdrive on Windows 10 PC and Steam gives PC gamers the chaos Insomniac Games. It is known for in the post-apocalyptic single-player campaign and two bonus expansions. If you’ve never played it before, then you better check it out! Sunset Overdrive is one of the strangest and most captivating open-worlds ever made. Also included the skateboard-style grinding, zombies created by a bad batch of Red Bull, and one of the most fluid character-creation tools ever released. Gives you the curiosity to try this game out? For more information, to download it will take about 27.76 GB of your hard drive space. Here are the System Requirements: