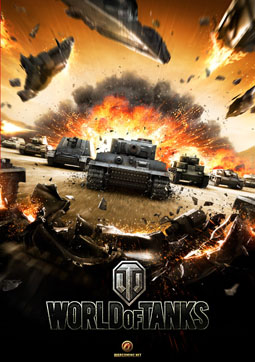 Update 1.1 of World of Tanks is finally here! However, the Update is still under construction and Wargaming is open for feedback and criticism. Check out the game and head over to Wargaming to give in your comments regarding the new Update. Among the many exciting features that we all have been waiting for in Update 1.1 include new maps and updates to existing ones. Included in the maps available in World of Tanks in- game are Minsk and Studzianki. Pilsen too has gone under some major improvements and development.

Now that the Update has finally gone live Minsk and Studzianki maps look extremely remarkable. Minsk is also the starting point of World of Tanks. It is here that the developers and producers began their time in the world of video games. Studzianki follows the battle on the Eastern Front between German and native Polish 1st Armoured Brigade and Soviet 8th Army. The map has some exciting spaces including the fields and the tiny adorable village houses.

Pilsen and World of Tanks

Minsk and Studzianki might have been launched to the World of Tanks world for the first time but Pilsen has also received some new changes. Vehicles were having a problem and were fraught with positioning them on the map.  Wargaming simply came to the conclusion that they should enlarge the frame for the map. They additionally replaced the hangars to the left to increase the amount of distance in between. A few buildings had to be removed from the final cut. The eastern flank underwent a makeover before it got to see the light. Get yourself to game as soon as possible. The map also has many other features that are worth the adventure in-game.

Among the many other maps that went under the knife or more like the virtual knife were Glacier, the Province, the Siegfried Line and the Mines. World of Tanks has probably been on the vision board for Wargaming for a while, hence all these changes. Some particular vehicles could be moved between maps but were having problems in functioning on certain maps. Players were therefore not using those vehicles for transportation. We bet those vehicles were feeling quite downtrodden. But now that Update 1.1 has come as a savior and a knight in shining armor, and has fixed all these map glitches, the vehicles and the fans are pretty happy.

Update 1.1 to World of Tanks could not have come any sooner. The visual appeal and the expereicne has been elevated.The whole point and motive on working over these maps was to make the experience and the adventure of World of Tanks all the more feasible, exciting and addictive for the fans. The idea behind these updates is to improve the in-game and gameplay experience. This is definitely a thoughtful act on behalf of Wargaming. Keep sending feedback to Wargaming. Till the next update!

Related Topics:World of Tanks
Up Next