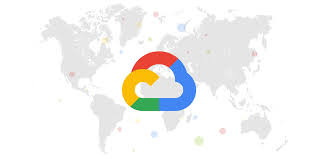 Processors of the 3rd Generation of AMD EPYCTM make it possible to provide higher levels of security for Google Cloud N2D and C2D virtual machines. The 25th of May, 2022, in Santa Clara, California (GLOBE NEWSWIRE) — AMD (NASDAQ: AMD) made the announcement today that new Confidential virtual machines (VMs) will be added to the already existing N2D and C2D VMs on Google Cloud. These VMs will be powered by AMD EPYCTM processors. These compute-optimized virtual machines (VMs) extend the AMD EPYC processor portfolio of Confidential Computing on Google Cloud by providing the performance of 3rd Generation EPYC processors in VMs.

AMD Secure Encrypted Virtualization (SEV), which is a component of AMD Infinity Guard, is an essential component of Confidential Computing that is made available by AMD EPYC CPUs. This highly developed hardware-based security feature is capable of encrypting the entire system memory as well as the memory of each individual virtual machine and separating the VM memory from the hypervisor, all without having a significant negative influence on performance. Customers of Google Cloud now have access to advanced hardware-enabled security features that are powered by 3rd Generation AMD EPYC processors. These features will help protect sensitive, wide-variety workloads and were made available as a result of the expansion of Confidential Computing in N2D and C2D VMs.

According to Nelly Porter, Group Product Manager for Google Cloud, “By supplying our customers with advanced security technology derived from 3rd Generation AMD EPYC processors, we are not only delivering more performance, but we are also optimizing Confidential Computing for a greater variety of types of workloads.” “At Google Cloud, we think that by consistently investing in developing technologies such as Confidential Computing with partners like AMD, we will be able to address the most pressing privacy concerns that our customers have.”