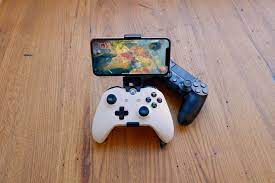 The release of iOS 13 was the first time that Apple’s iPhone, iPad, and iPod touch devices were officially compatible with Microsoft’s Xbox controllers. So any new Xbox gamepad will work as an iPhone controller for playing iOS video games, regardless of the model. There is no need for hacking, special wires, or third-party devices to do this. Following is a step-by-step guide on how to use an Xbox controller for iPhone gaming by utilizing the settings currently integrated into your smartphone.

Pairing your Xbox One controller to your iPhone is pretty straightforward. Here’s how to do it.

Read Also: How to Play the Xbox 360 Through the Xbox One

How to connect an Xbox controller to your iPhone

If you have a Bluetooth-enabled Xbox controller, you can do the following:

2. Take out your iPhone and launch the Settings app, then select Bluetooth.

3. The device named “Xbox Wireless Controller” or something similar should appear in the Bluetooth menu once you’ve entered the Bluetooth setting. When you tap it, your iPhone will ask you if you wish to link the gadget with your phone.

5. When you’re through use the controller and wish to disconnect it, go back to the Bluetooth menu, hit the little I symbol next to the device’s name, and then tap Disconnect once more.

Does your Xbox controller have Bluetooth?

Bluetooth technology allows your iPhone to communicate with gaming controllers. This implies that every controller to which you connect must also be Bluetooth-enabled.

Fortunately, Bluetooth is built into virtually all certified Xbox controllers. In this category are the controllers that ship with the Xbox One S, Xbox One X, and Xbox Series X/S consoles. As a result, if you purchased your controller within the previous five years, you generally don’t have to be concerned. Those still using the controllers that came with the original Xbox One, on the other hand, could find themselves in need of an update. 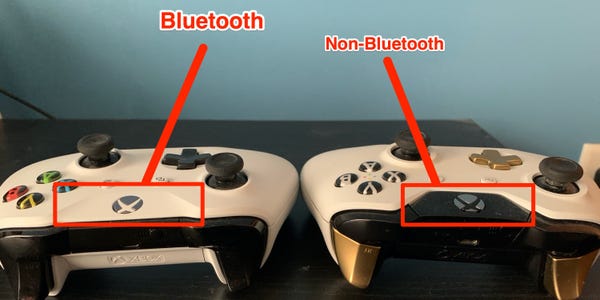 Why is my Xbox controller not connecting to my iPhone?

Can you use AirPods on Xbox?

Unfortunately, Microsoft’s Xbox One does not support Bluetooth, which means that it does not have a built-in method of connecting Apple AirPods to the console. Moreover, it is not feasible to connect AirPods to the headphone jack on the Xbox One controller.

How to Move Windows to SSD

How To Get Snapchat on Apple Watch