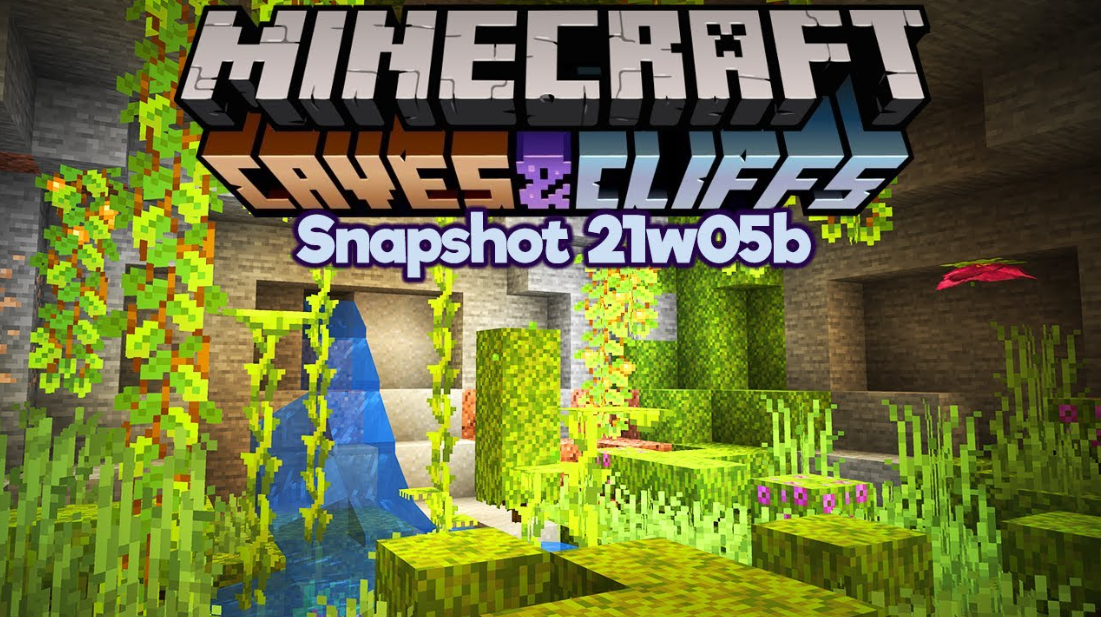 Both the Bedrock Edition and the Java Edition of Minecraft have been updated with the official release of the Caves and Cliffs Part 1 update. Fans can’t wait to test out all of the brand-new features that were included in the long-awaited 1.17 release. At the Minecon 2020 live event, Mojang demonstrated the breathtakingly beautiful and lush caves. The normal world creation does not currently include the capability to generate lush caverns, therefore despite the fact that many players are hoping for such in their survival worlds, they will be disappointed.

However, gamers have the option to construct a custom world in order to simulate the look and feel of the lush caves that will be included in version 1.18. Now, here’s how to go about doing that:

Read Also: How to Tame a Fox in Minecraft

The lush caves and the dripstone cave biomes are not going to be accessible to you in the regular Minecraft worlds just yet. Players have the option of populating a planet with only one of these several kinds of biomes when they create a new world.

The following is a list of the things that need to be done in order to gain the lush caverns that were added in the update for Minecraft 1.17 called Caves and Cliffs: You should begin by making a new world as your primary objective when you first get started. To play the game by yourself, go to the main menu of the game and select the “Singleplayer” option. Choose the More World Options option from the menu found under the Create New World heading in the game’s main menu. If you want to change the World Type from its default configuration of a world with multiple biomes to a world with only one biome, you can do so by selecting the World Type menu option.

2: Select Lush Caves after clicking on the Customize button. Once you have Single Biome selected as the kind of planet you wish to play in, you can proceed to the next step by clicking the Customize option. The players will be provided with an exhaustive rundown of each and every biome that may be discovered within the world of Minecraft. Scroll down to access the link to Lush Caves, and click on it.

3. Design a world that is covered in verdant caverns. After picking lush caverns from the list of customization options, click the Done button at the top of the screen, and then select the Create New World option at the very bottom of the window. If you carry out these steps, you will end up with a world that consists entirely of verdant caverns. It is not necessary for players to be concerned because constructions such as mineshafts and strongholds can still generate in this planet. Similarly, gamers have the ability to build a world consisting of only a single biome by using dripstone biomes. Because the update version 1.17 does not include the lush caves, it is possible that a lot of players would be unhappy.

What are the reasons behind splitting the Caves & Cliffs Update into two parts?

Caves & Cliffs will be released in two parts because our team has taken on our most ambitious update to date while still continuing to manage the hurdles of working remotely, which led to the decision to release the content in two parts. If we give our development team some additional time, they will be able to bring a variety of interesting features to players without sacrificing the game’s quality, dependability, or functioning.

What Is Hidden Within the Thick Cave?

The Lush Cave is not only a fascinating biome, but also a potential treasure trove. Glow berries can be found hanging to the cave vines that extend down from the roof. For those adventurers who find themselves hungry while exploring the depths, glow berries are a tasty treat to be found. In terms of restoring saturation and appetite, glow berries are on par with sweet berries. Hanging from the ceiling, you’ll find spore blossoms that release spores that give off an enigmatic yet welcome vibe to the world below. However, the rare axolotl that only appears in Lush Caves should be your primary focus. Most aquatic monsters are hostile to the axolotls because they are passive amphibians. They can move on land and in water, and they make excellent allies in battle thanks to the protection they offer and the health they replenish with. Since axolotls are so uncommon, you should seize the opportunity to capture one if you find yourself in a Lush Cave.