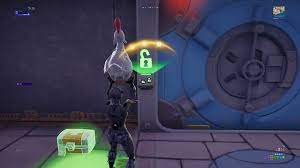 Vaults are making a comeback in Fortnite Chapter 3, and just like in previous seasons, you’ll be able to crack them open to unearth massive caches of weapons and other items. On the other hand, you can’t accomplish it by yourself. In order to access the rewards that are stored inside a vault, you will need to cooperate with the other members of your team. The following is a guide on how to open vaults in Fortnite, as well as a list of all seven vault locations as of the release of Chapter 3, Season 1.

Read Also: How to Ride Boar and Wolf In Fortnite

How To Open Vaults In Fortnite

The seven storage locations in Fortnite have been given the apt name Seven Vaults, ostensibly because they are a part of The Seven. You won’t be able to enter a vault if you’re playing in solo queues; in order to enter a vault, you’ll need to participate in a game mode that requires at least two people. 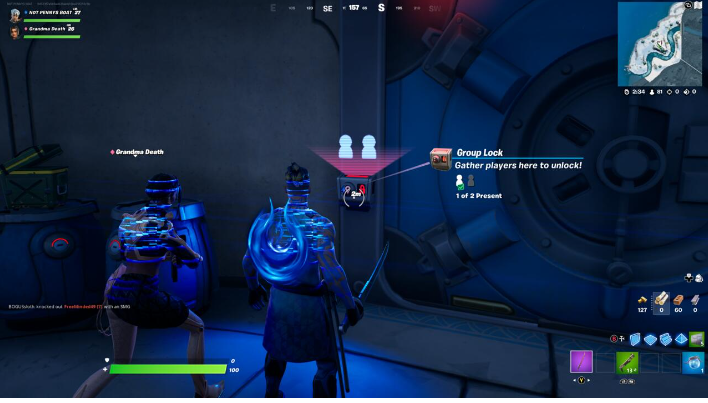 When you find a vault, the only thing you can do to open it is to have everyone on your squad remain in close proximity to it. Nothing else will work. This indicates that you will require at least one player to collaborate, regardless of whether you are playing in duos, trios, or squads. When you have all gathered together, the vault will unlock and then gently open. The noise level is rather high, and each vault can be found in one of the Seven Outposts. These vaults are watched over by friendly non-player characters (NPCs) that appear to be Seven employees. It is not necessary to fire upon these guardians because they will not trouble you even if the vault is opened.

Instead, you should focus on keeping an eye out for adversarial players, as they are much more likely to interfere with your chances of gaining the incentives that are available. When all of your team members are close enough, the door to the vault will open, and within you will find numerous boxes labelled “Seven.” These chests, much like the Henchmen chests from previous seasons, contain multiple items apiece and are frequently some of the best loot in the game. Keep in mind that in order to fulfil the criterion of having two people in your party, you could employ some devious strategy, such as hiring a non-player character or even carrying a defeated foe to the door of the vault. 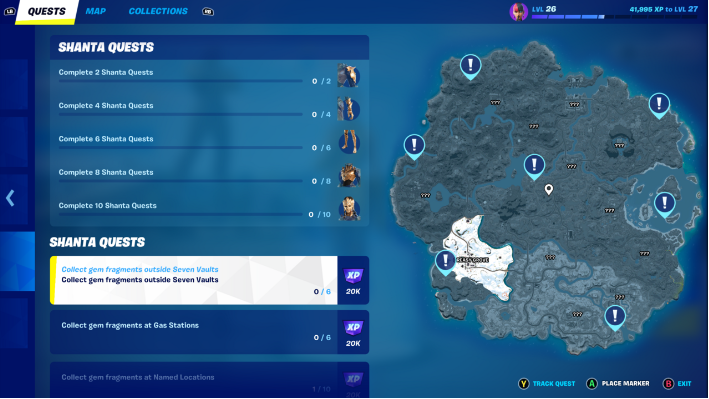 You can see the precise locations of all seven vaults on the island where Season 1 took place for Chapter 3 by looking at the map that is located up top. It is important to keep in mind that once you have landed at one of these Outposts, you will need to step inside the structure and proceed downstairs in order to find yourself in front of a vault. We have ongoing coverage that might assist you in getting caught up, whether you are new to Fortnite overall or just to one island in particular.

Are vaults still in fortnite?

You can find incredibly special vaults all throughout the map of Fortnite Chapter 3 that will reward you with a significant amount of valuable stuff if you find them. In this guide, we will walk you through the process of finding the vaults in Fortnite and showing you how to access them. Fortnite’s Chapter 3 and Season 2 both include the return of the vaults.

How do you unlock the vault?

No matter how you manage to find your teammates, you will still need to travel to the location of the vault and then both of you will have to place one foot inside of its scanner when you get there. After determining that there are two people standing in front of the vault, it will begin to open. This will only take a few seconds, so be sure you don’t let your guard down!

Can you open vaults in Solo?

There are presently seven vaults available to players in Fortnite Chapter 3 Season 1, and each one can be found at one of the Seven Outposts. Even though it is more common for a team to have more than one player, it is still possible to unlock vaults when playing alone.

What is the code for the vault of secrets?

If you enter the code “the challenge,” a button will show up on the right side of the screen. It allows one to enter the hidden level known as “The Challenge.” To have access to this, you will need to pay 200 diamonds.

Can you open a vault by yourself Fortnite?

When the player has the guard on their shoulder, they are able to access the vault. After the vault has been opened, they will be able to take out the other NPC that was supposed to be pursuing them. In single games, there is an additional option to open the vault, and that is to locate a chicken and then bring it in front of the biometric lock.

How to Disable Private Browsing on Your iPhone