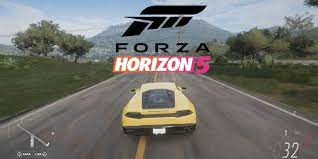 Players in Forza Horizon 5 have access to an extensive catalogue of vehicles from which to pick and choose. While others can only be acquired through hard work or the use of credits, some can be won simply by trying one’s luck in the wheelspins. Launch control is a feature that allows players of Forza Horizon 5 to get out to a quick start in a drag race, despite the fact that the game’s vehicles are generally slower.

It is possible that even individuals who have been following the series for a considerable amount of time do not know how to enable this option. Launch control in Forza Horizon 5 is, thankfully, not too difficult to get to. This guide is intended to assist players who wish to become proficient in launch control and use it to their advantage in the game.

Read Also: How to Unlock Goliath Race In Forza Horizon 5

How to Unlock Launch Control in Forza Horizon 5

Launch control is a feature that can be utilized by motorists whose vehicles are equipped with manual transmissions or with manual transmissions that utilize a clutch. This function may be accessed through the game’s settings and is not overly difficult to activate. The shift in gameplay, on the other hand, demands novice players of Forza Horizon 5 to focus their attention a little bit more. Unfortunately, automated transmissions are not a possibility because the activation of launch control involves changing gears.

Players have the ability to begin the procedure by remaining perfectly still regardless of which of those two alternatives they select. After then, they have to shift up to second gear (on an Xbox, this is done by pressing the B button), and then they have to shift back down to first gear (with the X button). After that, they are required to press the button labelled “A” to apply the hand brake and give the vehicle its maximum throttle (with the Right Trigger). As soon as that was done, the launch control was engaged, and all the players needed to do was let off of the handbrake to begin racing across any of the biomes in Forza Horizon 5 at full speed.

When to Use Launch Control in Forza Horizon 5

Launch control is a skill that, once learned, can provide a significant advantage to the player. The system, which is modelled after the one seen in real cars, prevents wheelspin and improves grip, enabling the driver to get a quick start without squandering any horsepower or wasting any time on burnouts. Launch control in Forza Horizon 5’s various drag races can be the deciding factor in whether or not a player comes out on top, despite the fact that it appears to be considerably less exciting than a conventional start.

This functionality shines brightest when applied to multiplayer competitions and the game’s PR events reserved for special occasions. It is probable that players will already be familiar with the landscape of Forza Horizon 5, as well as some of the game’s airstrips and prospects for drag racing. These sites are also great locations for launch control. Launch control, on the other hand, is useless in the game’s normal races and hence cannot be used. Because these races always start as the vehicles are rolling off of the line, there is no time for drivers to adjust their launch control settings before the race begins.

Can you turn off Launch Control in Forza Horizon 5?

How do you use Dualsense in Forza Horizon 5?

On your computer, navigate to the “Device Manager” menu, and then select the “Human Interface Devices” option. You should be able to view all of the devices that are currently connected to your computer, as addition to nearby devices that can be attached. The controller for the PS5 ought to be included in this list. It can be activated by right-clicking it and selecting “Enable Device.”

Can you play Forza Horizon 5 PS5?

However, due to the fact that Forza Horizon 5 is an Xbox exclusive, the game has only been made available for purchase on the PC and Xbox platforms. PlayStation players are unable to play the game. For those who are curious, there are a few other games available on the PlayStation 4 and PlayStation 5 consoles that can hold their own against Forza Horizon 5.

Does PS5 DualSense work on PC?

How To Earn Credits Fast in Forza Horizon 5

How to Change Your Name on Zoom During a Meeting