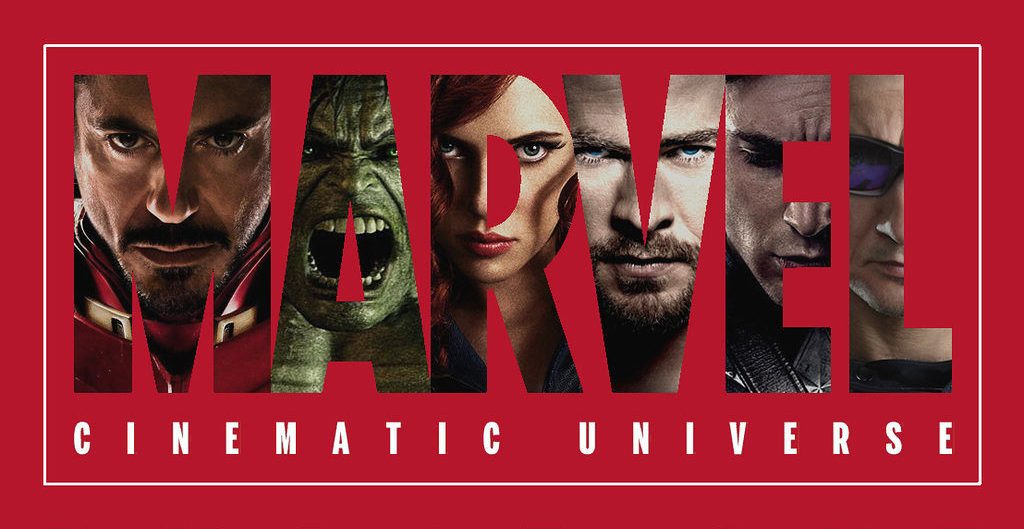 You like marvel Movies? Thanos snapped his fingers and killed off not only half of the universe but many of our beloved Marvel characters in the ‘Avengers: Infinity War’. We gasped and even wept watching our heroes turn to dust and it got me thinking about the past Marvel movies and how the Marvel Universe took off and got us all hooked into this saga of heroes and how they end up together through their stand lone titles to the assembly of Avengers.
I would very much like to re-watch the Marvel Movies but in order this time according to the Time-Line and not in the order that they were released. A skinny kid who is not fit for duty, shows guts and courage and gets selected for the military experiment and becomes one of the strongest humans in a matter of seconds.He leads the charge to destroy the Head of Hydra, Red Skull and ends up being frozen till Nick Fury (Samuel L. Jackson), the head of the S.H.I.E.L.D revives him. Iron Man, the movie that started it all. Starring Robert Downey Jr. as Tony Stark aka Iron Man became such a massive success that left people wanting for more and that’s exactly what they got.
Tony Stark as a self proclaimed Billionaire, Playboy, Philanthropist and a genius. He builds Mach 1 suit in the cave he is imprisoned in and escapes and returns a different man.
Perfect cast and a perfect story that ends with Tony Stark telling the world. Bruce Banner aka The Hulk played by Edward Norton begins with Banner on the run and training himself to control his inner self. Meanwhile his ex-girlfriend’s father, wants to bring him back and use his abilities for military purposes. He hires a mercenary who ends up becoming the Abomination.

Hulk emerges victorious in the end. Tony Stark aka Iron Man appears in a cameo in the end to make the connection of the time-line. Ivan Vanko aka Whiplash (Mickey Rourke) appears at Monaco and faces off against Tony, an epic sequel where Iron Man’s latest suit that fits in briefcase makes an appearance. The movie also introduces The Black Widow (Scarlett Johansson) who helps keep tabs on Tony under his nose.

Fast paced and highly entertaining movie that ends up with Iron Man tag teaming with War Machine aka James Rhode (Don Cheadle) duking it our against an army of remotely controlled bots built by Ivan. Asgard, ruled by Odin (Anthony Hopkins) with his wife Frigga (Rene Russo) and their two sons, Thor (Chris Hemsworth) and Loki (Tom Hiddleston). Proud and rebellious Thor is banished after defying Odin and is stripped of his power. He ends up on Earth and quickly realizes that he is no more than a mortal man now while Loki sits on the thrown never wanting Thor to return. It is until when he realizes his duty to protect instead of killing, that he is granted his powers and so begins the epic saga of Thor and his mighty Hammer. Nick Fury calls to assemble the team of heroes to defend against Loki who appears at S.H.I.E.L.D head quarters declaring war and capturing the energy source called Tesseract to open a portal for Thanos’ army.

This is the first time, these unlikely heroes come together to fight something that requires a group effort. They butt heads and even disagree to a point where gloves come off. Thor faces off against The Hulk while Captain America challenges Iron Man for a bout. Stark still feeling the effects from the Avengers and the battle of New York, meanwhile an old acquaintance Aldrich Killian (Guy Pierce) appears out of nowhere revealing a promising scientific technology and a formidable enemy called Mandarin who ends up destroying Tony’s house and forces him to go on the run.

The Extremis infected humans vs Stark in a showdown. This story also helps Tony realize that he doesn’t have to depend on his suit all the time. An old enemy, the dark elves return as a powerful weapon called the Aether is discovered by none other than Thor’s girl Jane Foster (Natalie Portman). Thor immediately travels to her and takes her to Asgard for help.

This chapter of Thor saga brings sadness and chaos to Asgard as dark elves invade and end up destroying the palace. Not knowing what the next step would be, Thor pulls his brother Loki, out of the prison to help him fight the enemy. The battle reaches the Earth and a lot ends up destroyed in it’s wake. A must watch for Thor lovers. Captain Steve Rogers struggles to adjust in this day and age but his work keeps him busy. Black Widow and Captain America work together as a team.

This time around Captain faces a formidable foe in the Winter Soldier, who appears out of nowhere and creates chaos all around him. Epic fights and crazy stunts makes this an worthy successor to Marvel Studio’s line up.

The Winter Soldier gives the Cap a run for his money in this one.

10. Guardians of the galaxy Peter Quill aka Star Lord (Chris Pratt), Gamora aka Thanos’ daughter (Zoe Saldana),  Drax aka the Destroyer (Dave Bautista), Groot aka ‘I’m Groot (Vin Diesel) and Rocket aka the Racoon (Bradley Cooper). All intergalactic criminals and all come together to form an alliance to fight a common threat in Ronan the Accuser (Lee Pace)

Space battles, pirates, escapes, battles and the first appearance of one of the 6 infinity stones. The movie also features Thanos talk for the first time. A fantastic movie in the Marvel Universe time-line. Rocket and Quill play the ‘who’s the captain’ while the gang takes odd jobs around the galaxy to make money and then Quill meets his father. A powerful being named Ego (Kurt Russel).

Know why these movies are in the spotlight