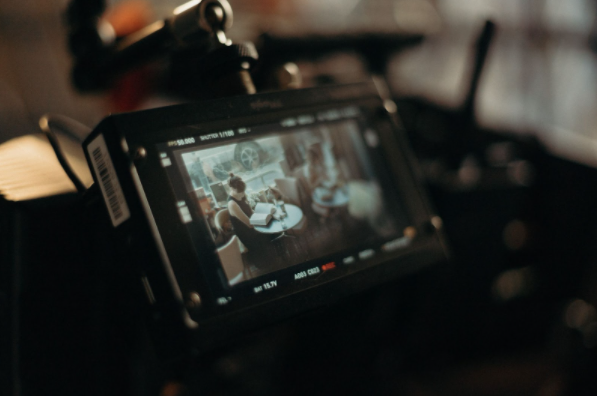 Black Panther
One of the main reasons Black Panther took the spotlight was its race and gender balance. The casting boosted the Marvel Cinematic Universe’s black leader’s consciousness with an almost entirely black cast. Several powerful and engaging Black Women roles, for example, s squadron of spear-wielding women warriors, are tasked with protecting the king, T’Challa named the Dora Milaje. Costuming also won the Best Costume Design Academy Award due to the excellent depiction of the Wakanda syncretic culture. Most of which were adapted from the Ndebele, Maasai and Turkana communities in South Africa and Kenya.

Scream
Scream took the theatre by a scare, especially with the misleading opening. Aside from that, Scream took the horror rules, dismantled them and rewrote them. Horror characters often are deluded by the knowledge that horror movies exist. But Scream came with the cynical idea that its characters lived their best horror movies. That’s chilling!

Eternals
Eternals comes with a better and more promising but unique story like all Marvel list of movies. The splendidly chaotic fight scenes draw you in and engage the human instinct to defend us. The scenes also have riveting special effects and stories that we relate to as humans.

Spiderman: No Way Home
The Spiderman movie has taken the spotlight because of its sentimentality. Spiderman viewers were taken down memory lane and reminded of the other Spiderman who had come before. As fun, there is nothing more thrilling than having another chance to enjoy the acting of the characters who made us love Spiderman.

Redeeming Love
Redeeming Love explored a unique line by embracing the biblical story of Hosea. Hosea was a prophet in the Bible who married an unfaithful woman. People have slowly lost touch with many biblical stories, and this movie reminds them of the redemption one can get through believing.

Encanto
Encanto dug deep into the human soul and brought out the fear of being useless, trying too hard to fit in and please our parents. However, despite the emotional turbulence and the near tears we experienced, it taught us that our power lies within us and that we don’t always have to conform to societal norms. You can be different and still make a change.

Belle
Belle is a Disney princess who has risen above stereotypes, and over the years, she has gained a significant amount of intelligence. Her love for books provided her with a good command of vocabulary eloquence and helped her learn. She also has an active imagination and is open-minded. She is also depicted as confident and outspoken. She is also firm and doesn’t like being controlled. Belle has set a new benchmark for Disney princess movies.

Hotel Transylvania: Transformania
Transformania, like the other franchise tops for, is a monster-friendly family movie. It is witty and explains to children that different people can be family, no matter the colour, shape or weirdness. Transformania goes ahead to make Dracula understand his son-in-law from a human perspective since he’s only human.

Sing 2
That movie especially comes as refreshing news for the Koala smitten fans. Sing 2, just like the first, uses the current entertainment community as its masterpiece. It has most of the music on the hit list, and a bunch of celebrities do the voices. The movie also has rich character characterization and personified background stories.

Dune
Dune is the adult version of Star Wars. It is a visual masterpiece that covers an epic journey and focuses on the life adventure of people, their Cornelian dilemmas and occultism. However, the movie does not qualify as science fiction since there are no computers or machines.

The royal treatment
Nothing beats a classic fairy tale better than a modern fairytale story. The Royal Treatment brings back the warm, slightly-cheesy and fuzzy feeling of love. It connects us with the profound feeling of love we are all searching for amid all the tales of cheating spouses and short term relationships. It is nearing Valentine, and Love is about to fill the air.

Red Notice
The movie could sell before we even knew of the plot due to the stellar actors, including Dwayne Johnson, Gal Gadot and Ryan Reynolds. Nonetheless, the canny way the movie ends is another reason it’s in the spotlight. The deception in the plot is unmatched and unexpected. We all fell for the agent being compromised, but there was no agent. Ha-ha!

Fatherhood
Despite having Kevin Hart as the lead to bring millions in, Fatherhood draws in millions of its viewers. It also harnesses the raw emotions of fathers left to raise their infants on their own due to death at birth. It also explores the emotions of children left behind, never understanding why and with no motherly connection on the planet. The doubt and fear are overwhelming, but a support system, often of family, goes a long way.

Here we have All MARVEL Movies in proper order to watch

How to Set up Donations on Twitch