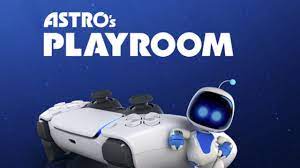 Yes, you read it correctly: a new update has been published for Astro’s Playroom, the fantastic PlayStation 5 pack-in title. 01.700.000 is now available for download and installation, bringing the game’s version number up to 01.700.000. The last time the game received an update was about a year ago, in case you were curious.

So, what exactly does this new update accomplish? We haven’t been able to dig down the official patch notes, but a few folks on the internet have claimed to know what’s in store. The following is what the patch is said to accomplish:

158MB in size, it’s a modest patch that shouldn’t take you long to apply after you have the game installed. If we’re being really honest, we’re not sure how the game could be more optimally optimized; it has to be one of the cleanest, least buggy games we’ve played in recent memory. Nonetheless, the development team behind the game, Team Asobi, is definitely a skilled lot, and we’re pleased to see a fantastic game becoming even better.

The House of the Dead Remake Spotted for PS4