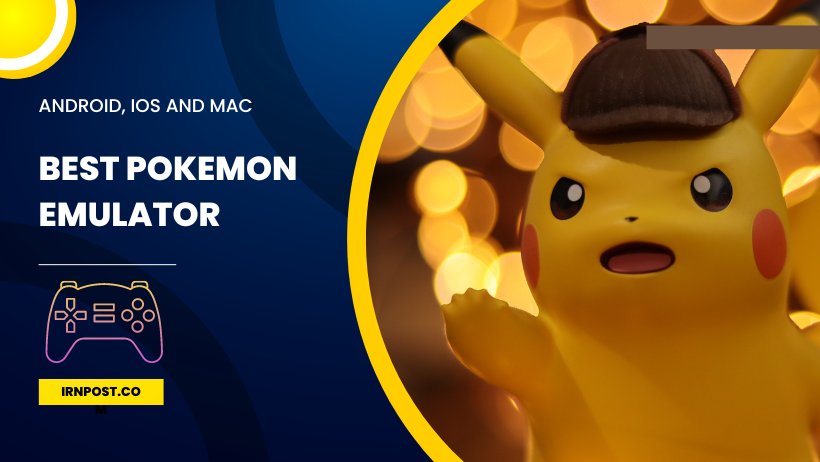 We will discuss here everything about best pokemon emulator on android, iOS and Mac. So read till end and find out which is the best emulator for Pokemon, no matter which device you use to play Pokemon on.

In this post, we’ll be discussing the best Pokémon emulator for Android. This is a great way to play your favorite Pokémon games on your mobile device.

There are a few different options available, but we recommend MyBoy!. It’s simple to use and has a ton of features. Plus, it’s free!

MyBoy! is a great way to play Game Boy Advance games on your Android device. It supports link cable emulation, allowing you to connect to other players. You can also use cheats and save/load states. Plus, the app has a fast-forward feature, so you can speed through those boring dialogue sections.

Another great option is John GBA. This one only costs $2.99 and also supports link cable emulation and cheats. However, it doesn’t have the fast-forward feature that MyBoy! does.

John GBA is a great option if you want to play Game Boy Advance games on your Android device. It’s simple to use and has all of the features you need. Plus, it’s only $2.99!

So, there you have it! These are the best Pokémon emulators for Android. Be sure to check out MyBoy! and John GBA if you’re looking to play your favorite Pokémon games on your mobile device.

One of the most popular gaming franchises in the world is Pokémon. The original games released on Game Boy were incredibly popular, and subsequent releases have kept fans engaged. While there are official Pokémon games available on iOS, there are also a number of great emulators that allow you to play your favorite Pokémon games right on your iPhone or iPad.

emu4ios is one of the most popular emulator apps available for iOS. It includes support for a wide range of classic console and handheld gaming systems. That includes Nintendo, Super Nintendo, Game Boy Advance, and more. You can download ROMs for any of these systems right from within the app.

Another great option is Provenance. This emulator app has a similar focus to emu4ios, supporting a large number of classic gaming systems. In addition to Pokémon games, you’ll be able to play classics from Sega Genesis, NES, SNES, and more. Provenance also includes some modern features like controller support and the ability to save your game progress.

If you’re looking for a more general purpose emulator app, then My Boy! is a great option. It includes support for Game Boy Advance games, but also works with Game Boy and Game Boy Color games. In addition to Pokémon games, you’ll be able to play any of your favorite GBA classics on your iOS device.

One of the more popular emulators out there is the Visual Boy Advance emulator. This particular emulator has been around for a while and has been constantly updated to support newer versions of Pokemon games as they come out. It’s also available for Mac, making it a great option if you’re looking to play Pokemon on your computer.

Another popular emulator is the DeSmuME emulator. This one is also available for Mac and has been updated to support the latest versions of Pokemon games. It’s not quite as popular as the Visual Boy Advance emulator, but it’s still a solid option if you’re looking for an emulator to play Pokemon on your computer.

If you’re looking for something a little more mobile, there are also a few great options for playing Pokemon on your iPhone or iPad. The first option is the Pokédex app, which allows you to keep track of all the different Pokemon in the game and their stats. It also includes a handy search function so you can easily find the Pokemon you’re looking for.

There are a variety of ways to cheat in Pokemon games, including using GameShark codes and Action Replay codes. However, since cheats can potentially ruin your game experience, it’s important to use them sparingly and only when absolutely necessary.

One of the most popular ways to cheat in Pokemon games is by using action replay codes. These codes can be used to alter a variety of game mechanics, including the number of items you have, the level of your Pokemon, and even the moves they know.

Another popular way to cheat is by using GameShark codes. These codes can be used to change the game’s internal clock, which can then be used to make certain events happen at a specific time. For example, you can use GameShark codes to make it rain in the game, or make all Wild Pokemon appear as shiny.

However, cheats should only be used in moderation, as they can potentially ruin your game experience. If you find yourself using cheats too often, it’s likely that you’ll eventually get bored of the game and stop playing altogether.

So if you’re looking for a way to make your Pokemon games more exciting, consider using some of these cheats. Just be sure to use them sparingly, and only when absolutely necessary. After all, you don’t want to ruin your game experience by overusing them.

How to Change Pokémon Names in Pokémon Go

How to Hatch Eggs Effectively in Pokemon Go