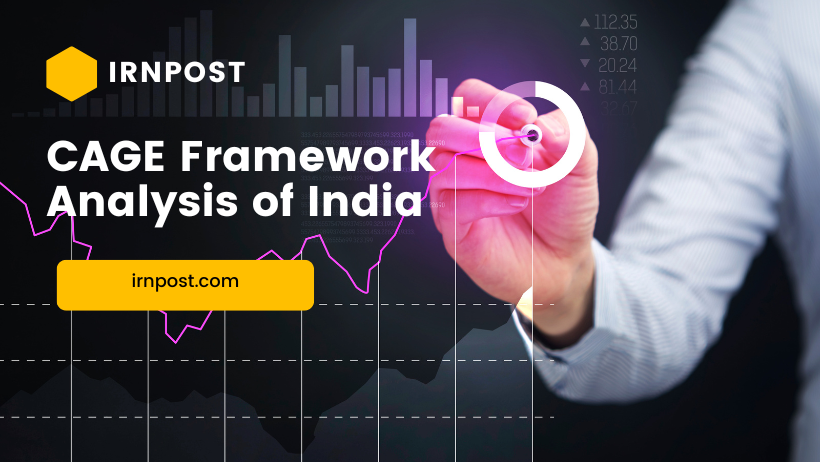 The acronym CAGE stands for Culture, Administrative, Geographical, and Economic factors. The CAGE framework is a tool for businesses to use when considering new opportunities or threats in the global marketplace. This framework can help businesses to understand how global factors can impact their business. It is commonly used by businesses and governments to understand the risks and opportunities posed by different countries.

Cultural factors include a country’s language, religion, values and customs. These factors can influence the way businesses operate and how they are perceived by potential customers.

Cultural factors according to cage analysis of India

1. Societal norms and values: India is a collectivist society, which means that people are more likely to identify with groups (such as their family, friends or work colleagues) rather than as individuals. This has a number of implications for businesses operating in the country, including the need to take into account hierarchical relationships, the importance of building relationships and the need to be sensitive to issues such as caste and religion.

2. Language and communication: India has a huge number of languages spoken across the country, with Hindi being the most widely spoken. However, English is also widely used in business and government circles, so companies operating in India should not have any major problems with language barriers.

3. Education: India has a large population of highly educated people, with a literacy rate of around 74%. However, the quality of education can vary significantly between different parts of the country, so businesses operating in India need to be aware of this when recruiting staff.

Administrative factors include a country’s legal system, government bureaucracy and business regulations. These factors can create barriers to entry for businesses, or make it difficult to comply with regulations.

Administrative factors according to cage analysis of India

Administrative factors are those aspects of a country’s government that can affect business operations. These can include regulations, taxation, and infrastructure. According to cage analysis, India’s administrative environment is relatively favorable for businesses. Regulations are generally transparent and consistent, and the tax burden is relatively low. Infrastructure is also fairly developed, although there are still some areas that need improvement. Overall, the administrative environment in India is relatively favorable for businesses.

Geographic factors include a country’s location, climate and terrain. These factors can influence the cost of doing business in a country, or the availability of certain resources.

Geographical Factors according to cage analysis of India

1. India is located in the southern part of Asia, between Pakistan, China and Nepal. Its geographical location gives it a strategic importance in the region.

2. India has a long coastline which gives it access to the Indian Ocean and the Arabian Sea. This provides India with a unique opportunity to trade with other countries in the region.

3. India has a diverse climate, ranging from tropical in the south to temperate in the north. This diversity provides India with a variety of natural resources that can be exploited for economic development.

5. India’s vast size and population make it a key player in the global economy. The country’s strategic location gives it easy access to markets in Asia, Africa, and the Middle East.

Economic factors include a country’s economic stability, currency risk and inflation. These factors can impact the profitability of businesses operating in a country.

Economic factors according to cage analysis of India

1. India’s population is a key driver of economic growth. With over 1.3 billion people, India is the world’s second most populous country after China. This large population provides a large pool of potential workers and consumers, which can drive economic growth.

4. India is a rapidly growing economy. The country’s GDP is expected to grow by 7.3% in 2019, making it one of the fastest growing economies in the world.

5. India has a large and growing services sector. The services sector accounts for over 60% of the country’s GDP and is a key driver of economic growth.

6. India is home to a number of large multinational corporations. These companies have access to a large pool of potential workers and consumers, and they can drive economic growth.

7. India has a number of trade agreements in place with other countries. These agreements provide tariff-free access to markets for Indian goods and services, which can help to boost economic growth.

8. India has a large and growing consumer market. The country’s consumers are estimated to spend $1.5 trillion annually, making it one of the largest consumer markets in the world.

9. India has a number of natural resources, such as coal, oil, and gas. These resources can be used to drive economic growth.

10. India is a member of a number of international organizations, such as the United Nations, the World Trade Organization, and the International Monetary Fund. These organizations can help to promote economic growth.

The cage framework is a useful tool for businesses and governments to understand the risks and opportunities posed by different countries. It is important to consider all of the factors in the framework when making decisions about doing business in a particular country.