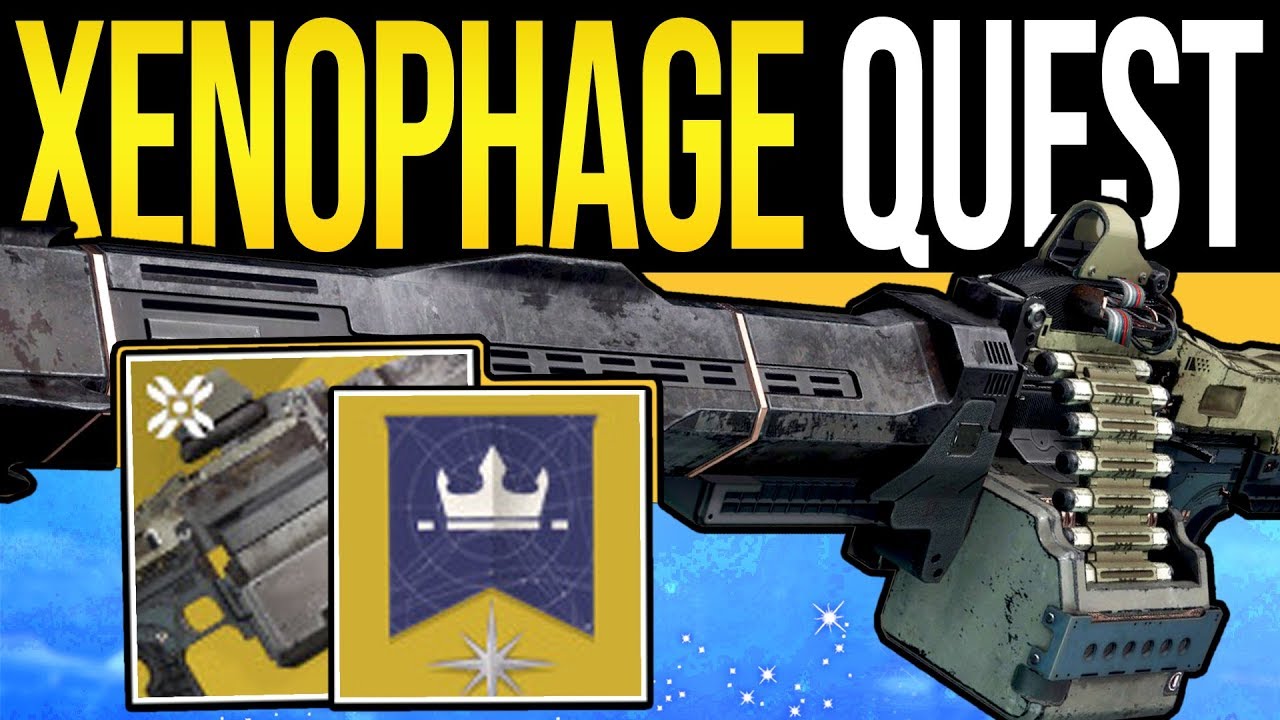 The quest for the Xenophage can be a little confusing, but we’re here to help you get it! In this article, we’ll show you the steps that you need to take in order to get your hands on one of Destiny 2’s most powerful weapons.

Bungie’s latest update for Destiny 2 has brought us a colorful quest called The Excursion to complete alongside the Celebration of Lost. To get your hands on Xenophage, you’ll need to finish this guide first! This is the second Fascinating Automatic weapon in Bungie’s game and it requires one hell of a quest before you can claim it as yours.

We know you’ve been waiting to get your hands on Xenophage. Here is how it’s done!

After a long time of training, the final step is to find and defeat Volmar who lies deep within The Pit. During your journey you will come across four puzzles that are hard enough for even the most experienced Guardians! They’re not easy but they can be conquered with skill and patience. Be warned: there may also be some inky blackness waiting just outside each door – don’t touch it or else you’ll get trapped by its dark magic! When all six plates have been lit up at Anchor of Light on Earth’s moon, head back onto earth where Eris waits patiently until she sees her student-hero return victorious from their quest.

How to get the Xenophage in Destiny 2

Six steps, all for you.
A guide to living your best life possible is just six simple steps away! Let’s take a look at what they are. 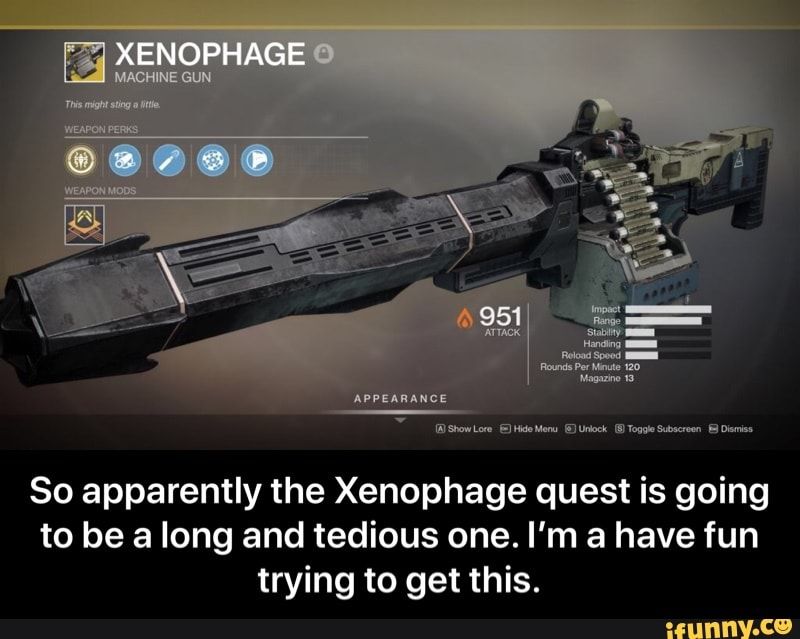 The quest begins with the player going to Destiny 2 Xenophage Quest. Once they’ve met Eris, she will tell them about a memory that needs completing and then send them on their way through an entranceway close by. On this journey players may come across four sculptures which can be interfaced with in order to light up other statues around the room.

Lighting the four sculptures in order is a difficult and confusing task–but it’s definitely worth your while. After you’ve lit up all of them, this beautiful chest will appear before you!

The Excursion will give you a fire buff that’s inside the little structure under one of those gigantic pillars.

You will be given a buff that lasts for 30 minutes, but you have to use it wisely. When possessing the buff you should go around the Anchor of Light and actuate six podiums in a particular request. On the off chance that you neglect to collaborate with these platforms organized appropriately, your power-up will not work! You can see on your right side beneath what is needed from our buddies at GamesRadar+.

Subsequent to lighting the flames in past advances, you’ll be blessed with another arrangement of rather equivocal hints. What these pieces of information truly signify is that you need to wander into the Lost Areas on the Moon, every one of them four and complete a riddle found at each end chest.

The riddle is a 3×3 matrix made up of tiles. Shooting any one tile will turn the layout in an expected and unexpected way, but it also has to match with the image on top. For those who don’t want to spend hours putting together Rubik’s Solids from scratch (I know I didn’t), here are all four answers matched at their starting position:

When you solve the four riddles, and collect all of the guide pieces from each one, open up Destiny 2 Xenophage Quest.

Step 4: Journey to the Depths

With a full guide you should be able to finish the main section of The Pit of Sin. You’ll want to enter from one entrance that’s free, but watch out for those runes looming overhead!

Since following an ancient map is more than just finding your way around it also entails solving puzzles and deciphering clues this journey will take some time before completion.

Inside the subsequent experience, you will be pursued by Xenophage-resistant beasts. To progress from stage to stage—you must work your way through a series of runes on the floor while being chased down by these ferocious monsters.

Bouncing through the last two stages of this quest is a breeze, compared to what you’ve been going through. Get some fire from one side and light up those platforms with it in order to open your way into progressing towards victory! 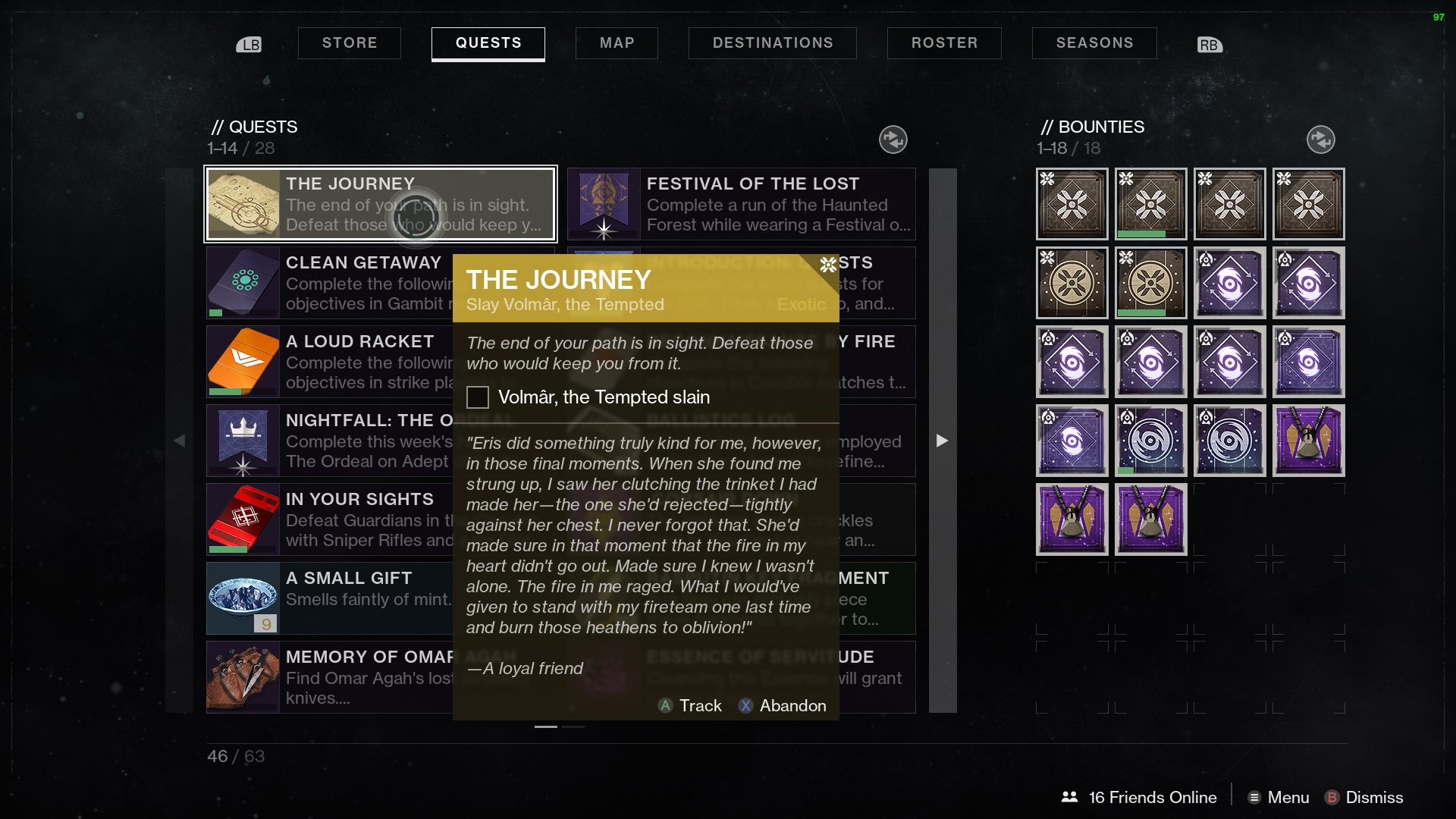 As the entryways open you enter a room with four runes in each corner. The first rune, blue on your left is related to bend energy and can be found under one of these gleaming spheres that are all different colors: red for sun based power; Forge Rotation Schedule for void-based spells; white/dry for impartial light sources. In front of this sphere there will also be an item containing another sphere which has been clearly marked as being able to store neutral or unbiased items without causing any interference from its own properties gathering dust inside it.

After you’ve completed the first floor, head to the second room where runes will be scattered across from one another. You’ll need to find a corresponding rune with your debuff in order for it give off its light energy that can harm enemies which is what we’re going after! Activate and store these lights by hitting them again then make sure not forget about changing up your loadout before heading back out into battle as this buff only lasts 30 seconds.

Is Valorant Coming to PS4 and Xbox One?