Teens are especially vulnerable to being hooked to online games or other forms of electronic media, and the worldwide coronavirus epidemic has further exacerbated this problem, according to the International Classification of Diseases. Researchers are working feverishly to develop treatments for the diseases that have been related to mental health issues and lower academic performance, and a recent study appears to propose a therapeutic strategy that offers great promise.

New research shows that the PROTECT intervention significantly decreased symptoms of gaming disorder and an unidentified internet use problem over the course of a year.

More than 400 high school students aged 12 to 18 from 33 different schools participated in the study. 167 of them took a PROTECT course, while the other 255 served as a control group that received no PROTECT instruction. After that, a year of follow-up surveys was planned.

The four 90-minute sessions of the PROTECT course are taught by qualified psychologists. Other CBT strategies aim to shift behaviour by altering negative thought patterns, and this method focuses on risk factors including boredom, motivational issues and social anxiety. 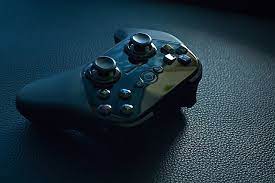 In the PROTECT group, the severity of gaming and internet disorder symptoms decreased by 39.8% over the course of a year, compared to just 27.7% in the control group. Even yet, the incidence rates of both conditions did not differ significantly after a year.

This study found that in the first month after treatment, those in the PROTECT intervention group experienced an increase in symptom severity of gaming or nonspecific internet use disorder, compared to those in the assessment-only control group. ‘This paradoxical reaction might be explained by the PROTECT intervention’s enhanced awareness of risky online usage,’ the authors write.

Researchers believe that what happens in the brains of people with these kinds of addictions is quite similar to what happens in the brains of people who are hooked to drugs or alcohol. Gaming disorders affect around 4.6% of the population, whereas internet usage disorders affect approximately 6% of the population. As a result, scientists and doctors are taking these problems seriously, especially in light of the pandemic’s ongoing impact on schooling and social isolation around the world.

Teachers and counsellors might both use the PROTECT materials in the future, according to the study’s authors, who hope to see larger studies including more children and those from higher-risk categories. Given that neither of these disorders saw a decrease in prevalence over the course of a year, the team advises abstaining from addictive behaviours as soon as feasible.

As a general rule, prevention should begin before symptoms appear and should focus on those who can get the greatest benefit and are picked for their age and initial symptoms, according to researchers.