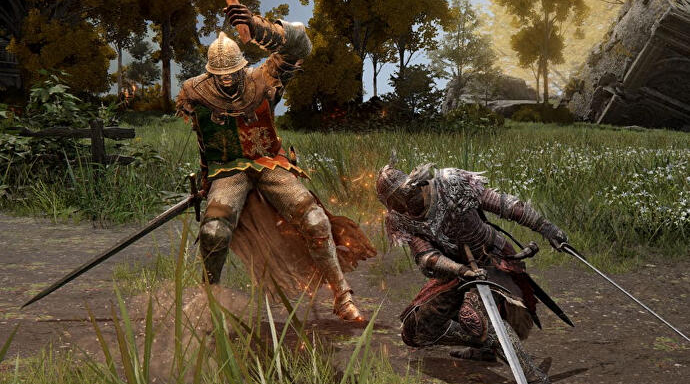 Players have the potential to acquire a wide variety of powers through the application of their Weapon Skills. The majority of the time, these abilities give players the opportunity to improve their offensive, defensive, or support capabilities, amongst other things. Even the most fundamental of Weapon Skills can have a big influence on how conflicts turn out, which is what makes them such an invaluable asset. Due to the fact that they are such a useful assistance in battle, players are required to learn these skills and how to apply them. Before doing so, however, players in Elden Ring need to be familiar with how to switch between and employ their various Weapon Skills. Now, here’s how to go about doing that:

Read Also: How to Alter Armor Appearance in Elden Ring

Even though the majority of weapons already come equipped with a Weapon Skill, players have the option to modify it. There are a lot of different reasons for doing that, most of them have something to do with the build or playstyle of the player. Players need to collect Ashes of War, which are consumables that add new capabilities to their weapons, in order to change their Weapon Skills. However, certain weapons’ Weapon Skills cannot be changed with others of the same type.

It is necessary for players to obtain an artefact known as the Whetstone Knife in order for them to be able to change their Weapon Skills. This item bestows upon players the power to augment their weapons with Ashes of War. After the player has acquired the Whetstone Knife, they are obligated to travel to a Site of Grace. The ‘Ashes of War’ option is available for players to select from within the Site of Grace menu. In this section, players can change their Weapon Skills as well as add Ashes of War to the weapons they already have.

The majority of Weapon Skills will also need players to utilise Focus Points or FP, with a few skills, such as the Parry ability, being an exception to this rule. The amount of Focus Points (FP) that a player must spend is determined on the Weapon Skill that they are using. Because of this, players need to make sure they don’t waste their FP before using their weapon skills. Because it is so helpful in battle, players should give some thought to devoting some of the points they gain from levelling up to their Mind stat to the possibility of increasing the number of times they can use their Weapon Skills.

How do you switch between skills in Elden Ring?

If you are holding two things, each of which has a Skill, pressing LT/L2 or Shift + RMB will usually cause the Skill to be used on the weaponry that is in your left hand; however, there are a few instances in which this is not the case. If the item you have in your left hand does not have a skill associated with it, pressing LT/L2 or Shift + RMB will activate the skill associated with the item in your right hand instead.

Can you take a skill off a weapon Elden Ring?

In Elden Ring, it is possible that removing a skill off a shield, such as the Parry skill, can be beneficial. This may sound counterintuitive. When this is done, hitting the left bumper will trigger the player’s mainhand weapon rather than the off-hand weapon they have equipped. The name of this type of Ash of War is the “No Skill” Ash of War.

How do you use Ash of War skill?

You can use the Weapon Art skill that comes with an Ash of War if you have it equipped by hitting the LT/L2 button on your controller. On the other hand, it is essential to be aware that you can only ever utilise a single Ash of War because certain items can supersede others based on the loadout that you have chosen.

Can you redo your skills in Elden Ring?

You can change your specialisation in Elden Ring quite a bit, and doing so can be of great assistance in getting through the latter, more challenging parts of the game. Thankfully, the answer is yes. When you respec, you have the opportunity to reallocate all of the attribute points that you have acquired for your character up to this point, which means that your values will be reset to where they were initially.

What button is it to use Ash of War?

In order to employ Ashes of War in Elden Ring, you need to grip your weapon with two hands and hit the L2/LT button on consoles (or Shift and the Right Mouse Button on a PC) while also having no left armament equipped.

How to Catch Sharks in Animal Crossing: New Horizons