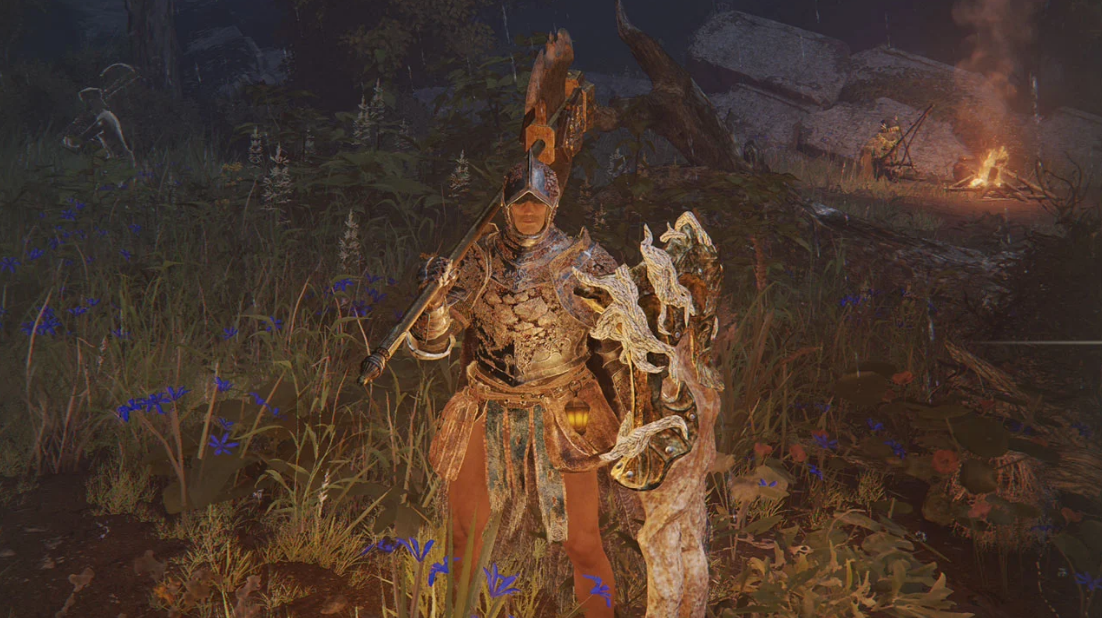 Although it may sound similar to Millicent’s Unalloyed Gold Needle, the Gold Sewing Needle that comes from Elden Ring is used for something quite different (and is far easier to obtain). Users that equip themselves with legendary boss armour will realize that this item has a unique value. In addition to this, it is necessary to finish at least part of the mission given by Boc the Seamster.

In all honesty, acquiring the needle from the Church of Vows and making your way there is the portion that is the least challenging. It’s a whole other ballgame when you have to take on legendary foes like Lord of Blood, Radahn, and Malenia in order to obtain the legendary boss armour from Elden Ring. It is also important to note that the Gold Sewing Needle may only be used with certain legendary boss armour in order to complete its intended purpose. The following is the procedure:

Read Also: How to Access the Dragon Communion Island in Elden Ring

At the Church of Vows, the Gold Sewing Needle may be found in a trunk that is located near the altar. On the eastern side of Liurnia of the Lakes is where you’ll find the church. Either by travelling along the road in eastern Liurnia or by entering the Raya Lucaria Academy through one of the Waygates, one can arrive at their destination. It is worthwhile to pay a visit to the Church of Vows not only to obtain the needle, but also to speak with Miriel, a popular turtle non-player character among players.

In addition, players have the opportunity to acquire Golden Tailoring Tools and various pieces of equipment, such as the Blessing’s Boon and the Carian Greatsword, in the church. After retrieving the Needle from within the chest, the next step is to put it to good use.

The Needle needs to be handed to Boc the Seamster, however this can only be done if the first part of his questline has been finished. Travel to the area to the south of the Site of Grace in Agheel Lake North to make your initial encounter with Boc. Following his cries for assistance will lead you to him even though he will appear to be a little tree. After you have a conversation with him, he will travel to the Coastal Cave, which is located in the western part of Limgrave. It is possible for the Tarnished to retrieve his sewing needle from within the cave. If you give it to Boc, he will offer to serve as the seamster for the Tarnished if you do not stop him.

After they have slept at these locations, Boc can be located at any of the following four Sites of Grace:

It is possible to hand Boc the Gold Sewing Needle if he is present at one of these locations. However, in addition to owning the needle, the Tarnished must be dressed as a demigod and be able to change their appearance. After their respective demigods have been vanquished, these demigod armours become available for purchase. These are available for purchase from the Finger Reader at the Roundtable Hold for the Tarnished.

These are the customizable demigod clothes:

Take note that the option to give Boc the needle won’t appear in the chat box unless the Tarnished is wearing a piece of boss armour that has not been altered in any way. Keep in mind as well that the modifications that Boc makes to armour do not improve its stats; rather, they merely alter its appearance. For instance, it has the ability to either add or remove a cape from Rahdan’s armour.

Where do you use the Golden needle Elden Ring?

Use of the Elden Ring, which is made of unalloyed gold needle

After defeating Malenia, Blade of Miquella, the player will be rewarded with Miquella’s Needle and a Somber Ancient Dragon Smithing Stone if they give the Scarlet Aeonia the Unalloyed Gold Needle that was left behind after the battle.

the Cave on the Coast
The Sewing Needle can be acquired by vanquishing the Demi-Human Chieftans that are found in the Coastal Cave in West Limgrave. This cave can be found along the western shore to the west of the Church of Elleh.

How do you give BOC his Sewing Needle?

After having two conversations with Boc, he will relocate to the Coastal Cave, where he may be located close to the location of grace near the cave entrance. You can reach Boc by going to the Coastal Cave. Take down the Demi-Human Chiefs to get your hands on the Sewing Needle, then hand it over to Boc. If you have already defeated the boss, you can also instantly hand him the needle at this position.

What happens if you give boc the Larval Tear?

If you take the alternative option to give Boc a Larval Tear, he will thank you for allowing him to be reborn through Rennala and will offer his gratitude to you. At this point, you need to finish all of his lines of chat before reloading the region to discover that he has moved. Be aware that if you choose this path, you will ensure that he will perish in an unavoidable manner.

How To Find The Assassin’s Prayerbook in Elden Ring