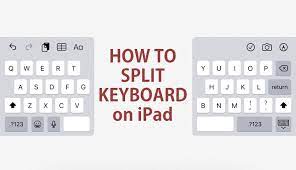 It’s one of the numerous secret features of the iPhone that most people aren’t aware of, such as the ability to divide the iPad’s keyboard. It’s possible that this mode will speed up your typing even when you aren’t holding the iPad on its side. If you are very adept at thumb-typing on your phone, this option may be beneficial.

Read Also: How to Delete Calendar Events on iPhone and iPad

How to Split a Keyboard on iPad

Normal operation of the on-screen keyboard involves pressing the Keyboard key, which is located in the lower right corner of the screen. However, if you press and keep your finger on it, a menu appears). Here you may “undock the keyboard,” which will place it in the centre of your screen, or you can just divide the keyboard in half. 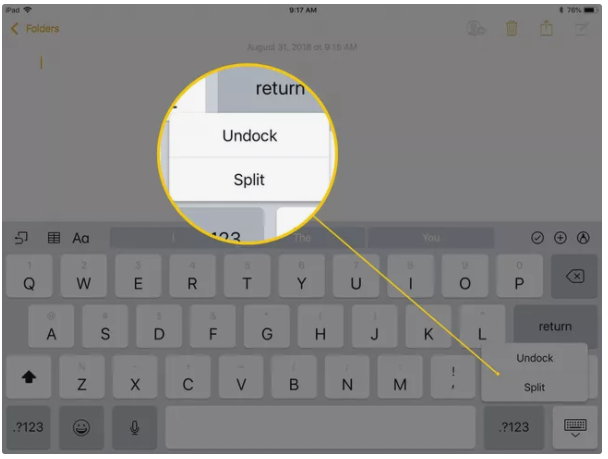 Pull the Keyboard Apart Using Your Fingers and the Screen

Instead of trying to pull the keyboard apart, try laying your iPad on the table flat on the table and utilizing the zoom out gesture on your keyboard to help you out. Place your fingers together and then move them apart to achieve this effect. It is possible to activate the split keyboard mode by making this motion with your hand in such a way that your fingers move horizontally across the keyboard as you make the gesture. Furthermore, because you are doing the action with one hand, the iPad may have an easier time recognizing you. 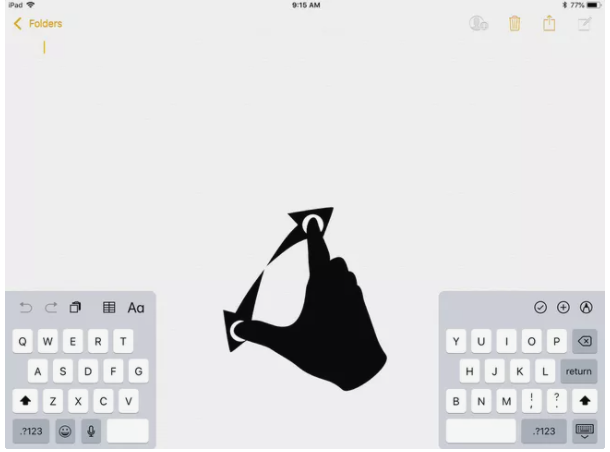 The Hidden Keys on the Split Keyboard

When it comes to finishing touches on products and features, Apple is known for paying attention to the details. This is true with the split keyboard, which is no exception. When you have the keyboard in split mode, there are several keys that are not visible to the naked eye.

It is possible to reach the first row of keys on the right keyboard half from the left keyboard half by typing in the location where the keys would have been if the keyboard had continued without the split. Consequently, a Y may be entered by touching your finger just to the right of the T, and a H can be entered by tapping your finger just to the right of the G. This also works on the other side of the keyboard, allowing you to enter a T by touching to the left of the Y character. In other words, if you are used to reaching these keys with a greater stretch when thumb typing, you should be able to do so on the split keyboard.

How to Fix a Split Keyboard on iPad

When you are through with the split keyboard, you may “unsplit” the keyboard in the same manner in which you split it up to begin with.

1. To bring up the menu, press and hold the appropriate keyboard key.

2. To merge the keyboard and move it to the bottom of the screen, choose Dock and Merge from the drop-down menu. 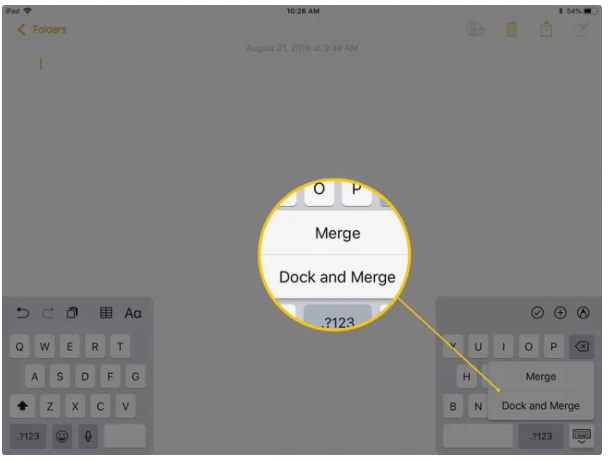 Push the keyboard together with your fingertips on the screen to make it more responsive. Pulling them apart really works a little more smoothly than doing it this way. Simply place your index fingers on the centre margins of each keyboard side and slide your fingertips together to complete the operation.

How To See Who Follows Your Spotify Playlist

How to Turn Off Your Apple Watch