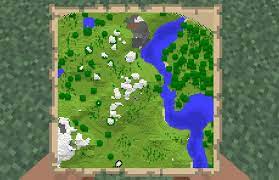 Players in Minecraft can view a specific region of the game world with the assistance of maps, which are valuable objects in the game. The uniqueness of the enormous sandbox game lies in the fact that there is no built-in minimap for players to use in order to keep track of their whereabouts. As a result, a number of the players rely on maps that they have created for themselves when playing the game. A crafting table, a compass, and eight individual papers are all that are required to create these maps. After it has been utilized, the map will display a region that is relatively near to the location where it was created. In addition, players are free to go about and see how their pointers move throughout the map.

They will, however, realize quite quickly that the map only covers a relatively small region. If players wish the map to be significantly larger, the game makes it quite simple for them to fulfil this desire.

Read Also: How to Update Minecraft Bedrock on PC

How to Expand Maps in Minecraft

Find or craft a cartography table 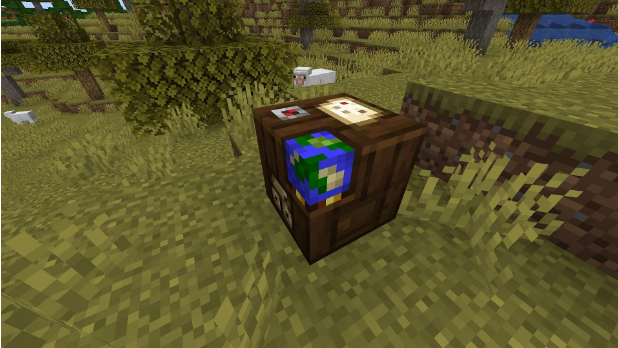 Assuming that players have previously constructed a map, the next thing they need to do is either create a cartography table or locate one somewhere in the world. If players make frequent use of maps while playing the game, this block will come in helpful.

Either you may find it in specific communities that have a resident cartographer or you can make it yourself by mixing two pieces of paper with four planks of wood of any kind.

Use the cartography table 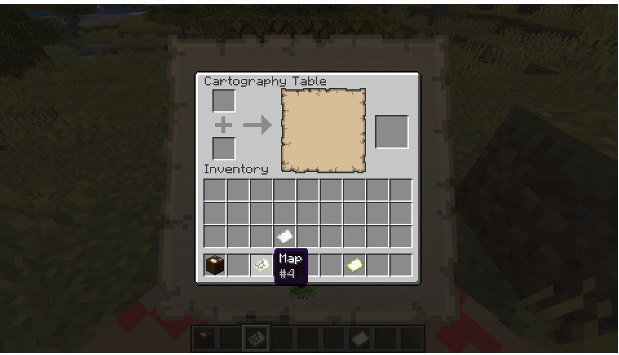 After the block has been built, players can place it and then utilise it to access the user interface. The user interface of the block will consist of three slots: one on the left, one in the centre, and one on the right. Players have more leeway to customise their maps when they have access to a cartography table.

Expanding or zooming out 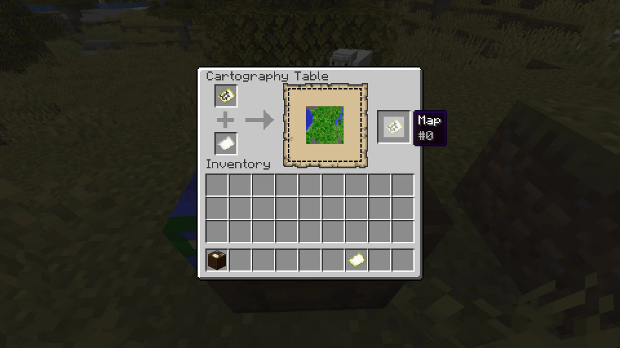 After they have inserted a piece of paper, they will observe that the area that was there before has shrunk, which indicates that there is now room on the map for other regions.

Maxing out the size 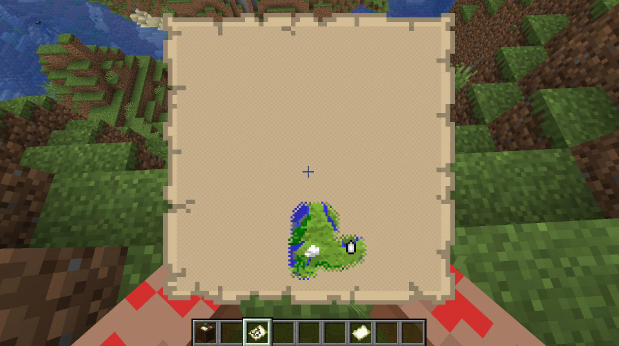 Players can only use maps to their advantage when they are exploring the overworld on the surface. It is not possible to display the cave system, the Nether, or even the realm of the End. Expanded maps can be used by players for creating map art, constructing map rooms, or simply for the players’ own personal reference.

How do you expand the map on a cartography table in Minecraft?

In addition, the cartography table can be used to enlarge an existing map. Simply insert a previously opened map into one of the slots on the left and some paper into the remaining slots to create a larger version of the map. When you click on the output, both of the things on the left will be consumed, and you will be shown with a map that is zoomed out farther. You are allowed to repeat this process up to four times.

What is a scale on a map?

The relationship (or ratio) between the distance shown on a map and the actual distance between points on the ground is referred to as the map’s scale. For instance, on a map with a scale of 1:100000, 1 centimetre on the map corresponds to 1 kilometre on the ground.

How do you fill a level 4 map in Minecraft?

In order to increase the size of your map to its maximum potential, you will need to improve it from Level 3 to Level 4. In the crafting grid measuring 3 by 3, place the Level 3 map along with an additional eight sheets of paper. The recently built map will now be upgraded to a Level 4 map, which is Minecraft’s largest map size.

How do you fill an empty map?

Putting an empty map in your hotbar, which is the row at the bottom of your inventory, and then right-clicking while holding the map in your hand will initialise it. The blank map will eventually be filled in with sketched features. As you explore the area, the map will get more detailed.

Can you combine maps in Minecraft?

It is not possible to combine maps. The only way to completely explore a map is to physically go across all of the territory that is depicted on the map while simultaneously holding that map in your hands.

How to Get an Umbreon In Pokémon Go

How to Change the Slide Size in Google Slides