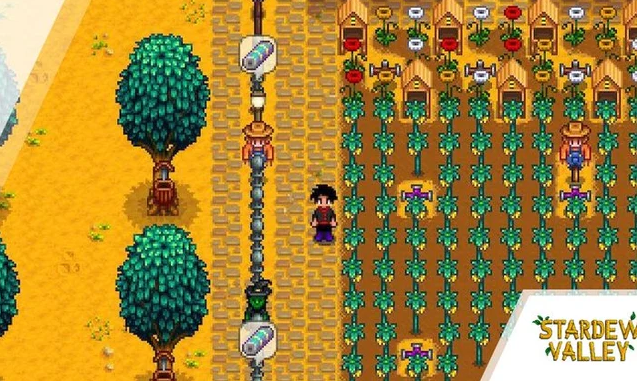 In the same way that they are used in real life, Battery Packs are required to power specific items. It’s a useful resource that can be used to a number of different purposes. You are going to need a battery pack in order for things like lamp posts and a mini-jukebox to function properly if you wish to use them. In order to progress through the game and complete certain objectives, you will need to have this equipment. It is safe to assume that you will require a large number of Battery Packs, and it will be to your advantage to have some idea of where you may obtain them. So let’s get started:

Read Also: How to Get and Use a Silo in Stardew Valley

How to Get Battery Packs in Stardew Valley

Because there is an element of chance involved in the process of acquiring Battery Packs in Stardew Valley, they are one of the most challenging elements for players to obtain on a continuous basis. The Lightning Rod is likely to be the first method of acquiring Battery Packs that players will unlock. In order to make a Lightning Rod, players will need a Foraging skill level of 6, one Iron Bar, one Refined Quartz, and one Bat Wing. Lightning Rods are objects that can be placed on the player’s farm and, when exposed to stormy weather, have a chance of being struck by lightning. One Battery Pack will be produced by a Lightning Rod the day after it has been struck by lightning.

Lightning Rods are unreliable due to the random nature of their battery pack manufacture, despite the fact that they are relatively inexpensive to construct. Players who have reached Ginger Island and are looking for a method that is more dependable but also takes longer and costs more should try to unlock the Solar Panel recipe by completing the Island Ingredients Special Order. After seven days of exposure to sunshine, a Solar Panel will generate a Battery Pack provided that it has been supplied with 10 Refined Quartz, 5 Iron Bars, and 5 Gold Bars.

There are also a few unreliable ways to acquire Battery Packs that do not need crafting. These methods are also available. There is a possibility that the Traveling Cart will offer them for sale for a price ranging from 1,500 to 2,500 g, and moreover, they might be given as presents by Kent and Pam. Last but not least, upon death, Iridium Bats that reside in Stardew Valley’s Skull Cavern have a 5% chance of dropping a Battery Pack.

What To Do With Battery Packs

Players have the ability to craft a wide variety of unique items with Battery Packs, including everything from Lampposts to Sprinklers:

1. Iridium Sprinkler – This device will automatically water the 24 tiles that are closest to it.

2. The Crystalarium is a device that duplicates gems obtained from mining in Stardew Valley.

3. The Slime Egg-Press is a device that can transform slime into slime eggs.

4. Lamp-post made of iron that emits light

5. The farm computer presents data and information pertaining to the farm.

The Engineer’s Bundle that is part of the Remixed Community Center bundles that can be found in the Boiler Room requires one Battery Pack in order to be completed. Last but not least, the resident inventor of Stardew Valley is a character named Maru. Despite the fact that the other villagers despise Battery Packs, Maru delights in getting them as presents.

How do you get solar panels in Stardew Valley?

Solar Panel is a piece of Refining Equipment that, when set outside and exposed to sunlight for seven consecutive days, will produce one Battery Pack the following morning (including the day it was placed). After successfully fulfilling Caroline’s Special Order “Island Ingredients,” the player will be given the recipe.

Does anyone sell battery packs in Stardew Valley?

The Resource item known as a Battery Pack can be acquired from a lightning rod in the event that severe weather is present. They can also be purchased from time to time from the Travelling Cart, which can be found in the Cindersap Forest next to the Wizard’s Tower on Fridays and Sundays.

What is Willys secret in Stardew Valley?

Willy is hiding an old boat behind there, and it has the ability to transport players to a different jungle map. This region is more than just a pretty face; it features one-of-a-kind riddles and stories, and it even has a space where you may farm. However, because it is part of Stardew Valley’s endgame content, players won’t be able to enter the jungle until they have reached a certain level of progression.

Is there a final boss in Stardew Valley?

The last boss, Fector, presents a challenge that is orders of magnitude greater than that of the Cowboy. On this stage, neither the player nor Fector are constrained in their mobility in any way. The player can choose to have Fector fire directly at them, or they can use the Wheel power-up to fire in any of eight different directions. As his health drops, he will begin to call upon adversaries to assist him.

How to Edit Google Docs Offline on Your Desktop