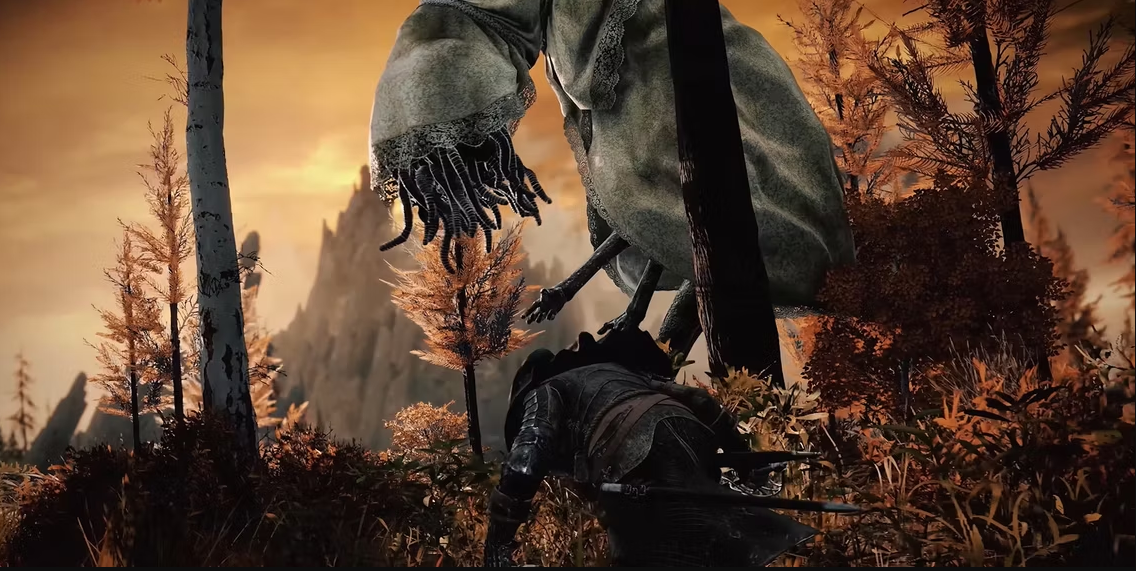 It may be challenging to find the map piece for Mount Gelmir because Elden Ring contains a lot of barriers, including a variety of ladders and pathways. If you are trying to inspect Elden Ring while the fog of war is present, there is nothing more stressful than trying to do so, therefore here is a tip to locate that annoying shred of paper. So let’s get started: From the Site of Grace located at the Bridge of Iniquity, you will want to head in the direction of the barricades, where a number of your foes are likely engaged in combat with one another. Keep your eye on the cliff wall to your left as there will soon be a ladder with two torches. Climb the stairs and at the top take a moment to head left and touch the Site of Grace waiting there. Now, turn around and head back in the opposite direction, this time heading west farther up the mountain toward a tall tower. When you are in front of the opposing tower, you will need to bank to the right and get past a Pumpkin Head that is asleep. It is likely that you will come across a massive rock that serves as a crossing point between the two sides of the canyon. After you have across the rock bridge, there ought to be a second ladder affixed to the cliff face that is right in front of you. Climb this ladder, and after you reach the top, you’ll see another ladder that needs to be climbed. Continue across the bridge and make contact with the Ninth Site of Grace atop Mt. Gelmir. Now climb on Torrent, and make use of the spirit spring, so that you can reach the summit of the mountain. At the very top, there is a fierce Fallingstar Beast waiting for you. Since this monster is located just adjacent to a Site of Grace, we suggest obtaining the map first and then returning back to claim victory after you’ve done so. On the western side of the summit of the mountain, there is another improvised bridge constructed out of rocks that you can use to descend from the summit. Continue descending in a straight line and keep an eye out in front of you for a golden tree and a golden seed. Grab the Golden Seed by landing on your feet at the base of the tree. After leaving the tree, descend the mountain in a southerly direction. You need to keep riding down the mountain until it starts turning left even though Little Spider Hands will jump out of the earth. You should be able to see the monument that marks the spot where the map piece is, but you need be on the lookout for a large Spider Hand that will climb up the rock immediately next to the monument. You can ride by and grab it fast, or you can simply touch the Site of Grace that is a little ways past the monument. After that, you can either fight the Spider Hand or avoid it, and then claim the Mt. Gelmir map fragment.

How do I gain access to Mt. Gelmir Elden Ring?

You will need to have arrived at the Altus Plateau by the time you make it to the summit of Mount Gelmir using the more conventional approach. You may then retrieve the map of the area from there (found Northeast on the main road from the Grand Lift of Dectus or the Old-Ruin Precipice).

What is the fastest way to get to Mount Gelmir?

It is not difficult to get into the mountainous areas. To reach the Tibia Mariner boss location from the Erdtree-Gazing Hill Site of Grace in the Atlus Plateau, all you need to do is walk in the direction of the North. Following the boss to the left will bring you to the door that leads inside Mount Gelmir.

What happens if I join Volcano Manor?

When you join Volcano Manor, you will be required to participate in a Tarnished hunt, which entails the murder of other travellers and warriors like yourself and the looting of their bodies for valuable items. Additionally, it’s required for the progression of the narrative of a select NPC questlines, which won’t move forward unless you do at least a few contracts.

How to Save Max in The Quarry