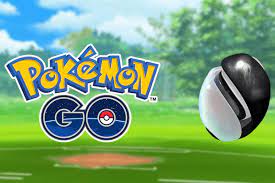 In Pokémon GO, the evolution of Pokémon that are native to the Unova region requires the use of Unova Stones. In Pokémon Go, this function can be accomplished with the use of a number of different items, including Unova Stones, King’s Rock, Metal Coat, Dragon Scale, Up-Grade, Sinnoh Stone, Glacial Lure Module, Mossy Lure Module, Magnetic Lure Module, and the Rainy Lure Module. Each of the evolution items can only be used once, but players will have the ability to gather them by achieving certain goals, claiming Pokémon Go rewards, or fighting leaders of Team GO Rocket.

There are a few different ways to get an Unova Stone in Pokémon Go; however, in order to do so, players will need to complete research missions that span multiple days or prevail in battles against Team GO Rocket Leaders. The players’ chances of acquiring an Unova Stone through this method are completely at random, so there is no assurance they will do so. On the other hand, the total number of Unova Stones required by players to evolve some Pokémon in Pokémon Go is merely 7.

Read Also: How to Get Coins in Pokémon GO In Pokémon Go, players are given research missions by spinning Pokéstops. Today, Field, and Special are the three types of research assignments. Events like Pokémon Go’s 6th Anniversary Event, which just concluded, are the primary focus of the Today research tasks. Constant campaigns, special research projects are often provided around holidays, events, or level cap. When players spin Pokéstops, they obtain Field research missions; players who complete these tasks are eligible to receive an Unova Stone. A reward box appears at the top of the Field research task page. To keep track of progress, gamers will receive a stamp every day they accomplish a goal. Once a player has collected all of the stamps in a given section, they will be awarded a random gift, which may include Unova Stones.

To get Unova Stones, one can also battle the leaders of Team GO Rocket, including Cliff, Arlo, Sierra, and the game’s boss, Giovanni. Winning a battle against one of these Team GO Rocket Leaders does not always ensure players will receive an Unova Stone, although it is possible that they may as part of the loot.

In Pokémon Go, players need only collect a total of seven Unova Stones. All of the following Pokémon can use Unova Stones and candy to develop into more powerful forms:

The Unova Stone, a Tool for Evolution. A rare Unova stone that, if used properly, can force the evolution of certain Pokémon. It stands out visually because of the way its black and white threads intertwine.

What is the best Pokémon to evolve with Unova stone?

If you only have one Unova Stone, it’s preferable to utilise it to evolve Lampent into Chandelure.

Are all Eevee evolutions in Pokemon Go?

In Pokémon Go, you can catch and evolve all seven varieties of Eevee. However, Leafeon and Glaceon are not based on characters from the Pokémon anime but rather on trainers from Pokémon Sun and Moon. On your journey to obtain the Eevium Z, you’ll come across these two trainers, Linnea and Rea; Linnea has a Leafeon and Rea a Glaceon.