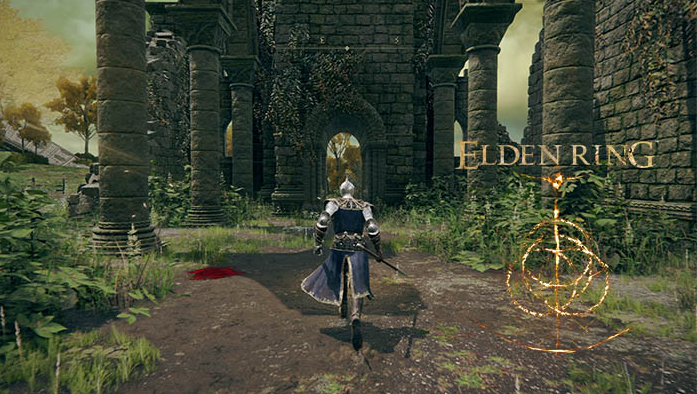 The adversaries you face in Elden Ring have one goal in mind whenever they catch a glimpse of you, and that is to eliminate you from existence entirely. Simply said, you are going to see the message “You Died” appear very frequently as you travel across the Lands Between; but, you may always heal and improve your maximum health in Elden Ring to make this kind of thing happen a little bit less frequently. You will learn how to heal in Elden Ring by reading the information contained in this page.

Read Also: How to Play Multiplayer in Elden Ring

How to Heal in Elden Ring

You can restore your health by drinking from Sacred Flasks while adventuring or engaging in battle, or by resting in a Site of Grace, which are scattered over the landscape and can be found fairly frequently. Bear in mind that going to sleep at a Site of Grace will cause the majority of your vanquished foes to revive.

2. You can cycle between the things you have equipped to Inventory slots by pressing the Down button on the D-Pad. Choose the Flask of Crimson Tears from the available options here.

3. When your Flask of Crimson Tears is equipped and you want to use it to heal your health, press the Square or X button. This is something that can be done at any moment, whether you are travelling about the open world or engaged in battle. Keep in mind that each time you refill your Sacred Flasks at a Site of Grace, the amount of charges you have access to will be limited to a predetermined maximum. You can increase the number of charges in your Sacred Flask by collecting Golden Seeds, which are scattered across the open world. After that, you may utilize them at a Site of Grace by going to the “Flasks” menu and then selecting the “Add Charge” option from there. This will result in the consumption of a Golden Seed.

The Vigor stat can be levelled up at any Site of Lost Grace, and doing so is the most effective way to increase your maximum health in Elden Ring. After having a conversation with Melina, who appears after players have rested at the Gatefront Site of Lost Grace, players will be given the option to use runes in order to advance in level. Increasing a character’s Vigor also increases their resistance to fire and their immunity to disease. And with regard to the Runes, players can acquire them by vanquishing foes, and there are also items that can be used to acquire additional Runes in addition to that.

There will be a selection of Keepsakes available for players to select from when they are creating their initial character in Elden Ring. Players should choose the Crimson Amber Medallion, which raises their maximum health point total, if they want a little bit of an extra boost to their health. In addition, the Keepsake can be purchased from the Merchant located on the Rampart of Castle Morne.

How do you fill a Flask of Crimson Tears?

You will automatically receive the Flask when you respawn in the Stranded Graveyard, and its contents will replenish completely whenever you are allowed to rest at a Site of Grace or when you respawn after having died.

Where do you get the heal spell?

Where to Locate the Healer. Brother Corhyn, who can be found at the Roundtable Hold, will charge you 1,500 Runes for the Heal spell. Additionally, it is one of the incantations that comes pre-installed with the Prophet class.

Where do I take the potion in Elden Ring?

After that, you will be able to purchase her spirit summon from Seluvis at a later time. There is however a third alternative, which is to store the potion so that you can deliver it to the Loathsome Dung Eater when you find his corporeal form in the Subterranean Shunning-Grounds underneath Leyndell, the Royal Capital.

Why is my health so low Elden Ring?

The sole method to remove the Red Square debuff while playing Elden Ring is to use or destroy Baldachin’s Blessing and then remove it from your inventory. This is the only option available to you. As soon as it is eliminated, any lost health will be restored to you.