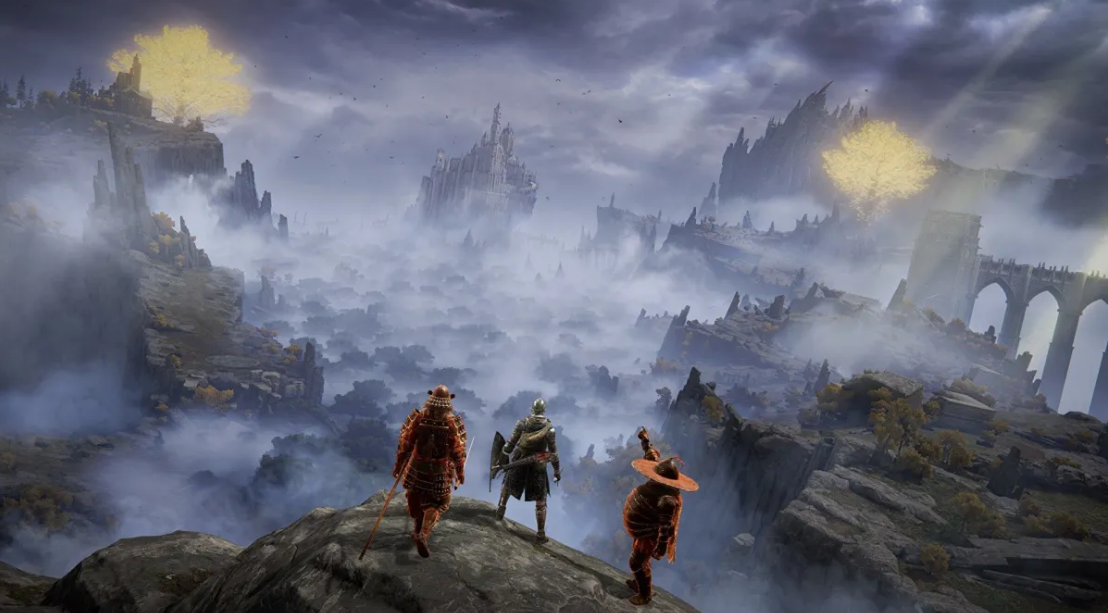 Read Also: How to Respec Your Stats in Elden Ring

In Elden Ring, there are three different methods to participate in multiplayer experiences:

The very first thing you will find in Elden Ring is the Tarnished’s Wizened Finger, which can be used to write messages and is also the very first item you will discover. It is impossible to leave the starting room without taking this finger with you, thus it is reasonable to assume that it will be in the possession of each and every player. These messages could either be used to direct or fool the players, or they could simply convey information that you consider to be significant. You need to engage with the summoning signals in order to play together with other players or compete against them. The Furlcalling Finger Remedy is a consumable item that can be crafted by combining two Erdleaf Flowers, which is a very common ingredient that can be found all over the Lands Between. Without this item, you won’t be able to see any summoning signs anywhere in the world. You can also activate Summoning Pools, which are normally located in close proximity to boss fights, to search for summoning signs that other players have left behind.

Either the Small Golden Effigy or the Tarnished’s Furled Finger is required in order to participate in cooperative gameplay in Elden Ring. The Tarnished’s Furled Finger is an item that can be used to create a gold coop summoning sign, which other players can then find and interact with in order to summon you into their world to assist them. If you have this item, you can create the sign by using it.

The Furled Finger of the Tarnished can be discovered on a dead body in the same room as the Imp Seal, which is close to the Stranded Graveyard Site of Grace. This will also grant you access to the Finger Severer, which is discussed in further detail further on in this book.

The Small Golden Effigy is responsible for sending these signs to a variety of Summoning Pools located close by. These Summoning Pools are frequently located directly beside or close to boss rooms. When other players activate these Summoning Pools, they will be able to see your summoning sign and have the ability to call on you for assistance before attempting to take down a boss. When you first enter Limgrave, there is a path leading down from the First Step Site of Grace that leads to a Martyr Effigy. If you examine this effigy, you will be able to obtain the Small Golden Effigy.  Because other players can invade your world while you are playing in coop mode as a bloody finger to fight you and your allies, you need to make sure that you are armed with the best weapons that Elden Ring has to offer.

Why can’t I play multiplayer with my friend in Elden Ring?

When you first launch Elden Ring, you won’t be able to participate in cooperative gameplay with your pals. Instead, you will have to make a little bit of progress in the game before you will be provided the various materials you need in order to carry out the various online acts. These items are as follows: * Finger Severer: Using this item will cause any co-op partner to be transported back to their own world.

Why can’t I summon friends in Elden Ring?

Restarting Elden Ring is another straightforward solution to the problem of the Elden Ring error message “unable to summon cooperator.” You will need to exit the game and then start it back up again. If you are using the Elden Ring Steam version, make sure that the Elden Ring game client as well as the Steam launcher are closed.

Is Elden Ring easier with 2 players?

To invite them along for the adventure, all you need to do is locate their golden summoning symbol, which is typically located immediately outside of boss fights. Although Elden Ring is not a cooperative game in the conventional sense, the fact that FromSoftware made a minor adjustment to their typical method makes it possible for more people than ever to enjoy playing it as a cooperative experience.

How many can co-op Elden Ring?

This week, the beta version of a PC mod called Elden Ring that integrates four players into a seamless co-op experience with shared game progression is being released. The fact that the game naturally supports three-player co-op does not change the fact that it is intended to be more of a fleeting experience that is typically reserved for one-off boss battles.