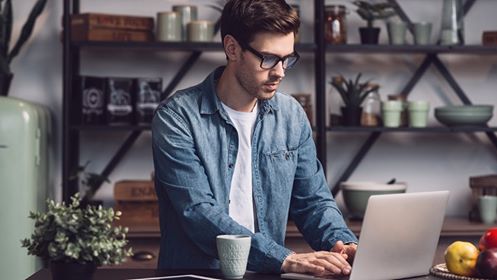 In the current times, there is not a single person in this world without their “smartphone addiction” problem. At every glance, someone’s talking through it, texting, scrolling, video calling or catching the perfect moment aka Instagramming every location. In some alternate universe, this could be called perfectly safe for your eyes and well-being but for this life, it’s hazardous.

Yes, that’s correct. Looking at screens for hours causes a series of severe and threatful eye problems. You often experience them while using your screen but pay no attention to its occurrence. The growing digital dependency in the UK itself is growing concern, from kids to adults, there’s no stop with screen consumption.

81.7% of the UK population has an internet connection on their digital devices. That’s almost the entire population of the united kingdom with an estimate of 54.2 million monthly users. The age group with the highest internet use (99%) are adults aged 16 to 44 years. The growing use and dependence are not only causing mental problems but also physical changes in the body such as uneasiness and poor sleeping hours.

How does Screen damage our eyes?

All our digital devices such as computers, laptops, smartphones, ipads, tablets and others contain a screen. The screens emit harmful blue light rays. These blue light rays are in proximity to our eyes and hence its effects create a severe impact on our eyes. These detrimental rays result in penetrating the retina and creating serious eye problems. You’ll experience eyestrain, headache, burning sensation, blurry vision, red eyes, eye twitching, watery eyes and many other complexities.

Though in the beginning, you’ll not take these small problems into consideration but with time, it will emerge quite frequently and painfully. It also leads to the cause of serious eye diseases like age-related macular degeneration and cataract if not treated timely. With such growing problems in the eyes due to prolonged hours of digital consumption, blue blocker glasses also known as blue light glasses work greatly against it.

How do Blue light glasses benefit?

How Can ED Hamper Your Normal Life?