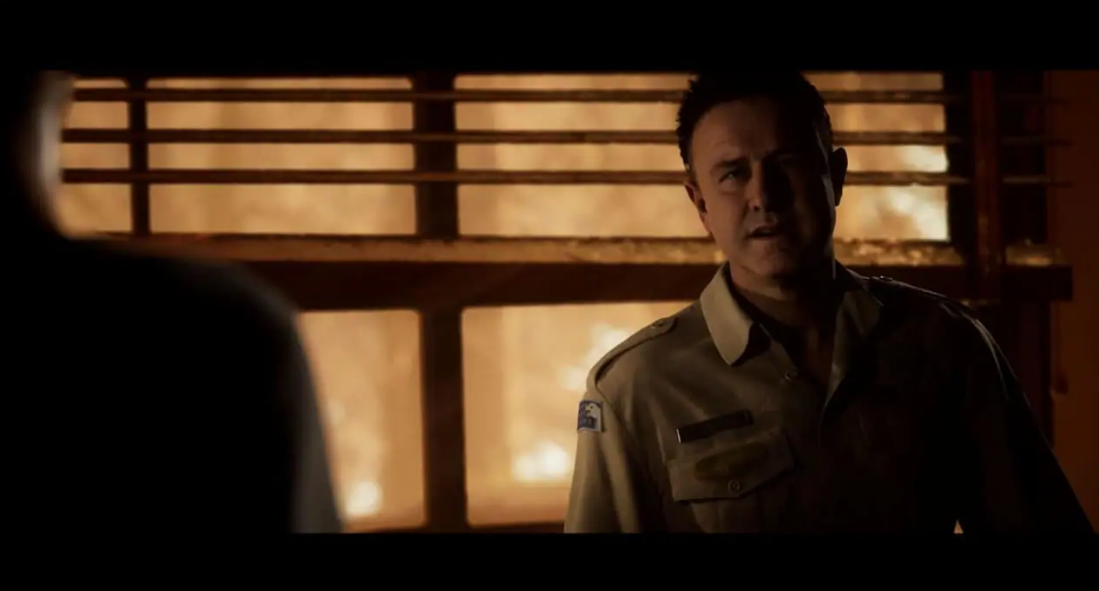 The first Hackett the players meet in The Quarry is Travis Hackett, a police officer; however, it isn’t until a later disclosure that Travis is shown to be a member of the Hackett family. Chris is the second Hackett the players meet in The Quarry. Hacket’s Quarry is a lodge that operates as a sleepaway camp during the summer months, and Chris is the owner and operator of the business. He is a mysterious figure because he is keeping a secret from everyone: he is afflicted and will eventually turn into a werewolf. Max becomes infected in The Quarry as a result of his initial interaction with a mutated version of Chris, which takes place at the beginning of the game when Laura and Max find him locked away in the basement of the lodge.

Because Laura’s desire to kill Chris in order to save Max took up a significant portion of the narrative, players will be presented with a series of choices that will determine whether or not Chris will survive. The following is a walkthrough for both killing Chris and rescuing him in The Quarry.

Read Also: How to Save Max in The Quarry

It is the sole responsibility of the player to ensure that Chris Hackett is put to death in The Quarry by ensuring that Ryan uses the shotgun to murder him when Laura instructs him to do so. This is the identical scenario from Chapter 9 where players had the option to save him, albeit at the expense of Laura and Ryan’s deaths. Aim the shotgun at Chris and fire repeatedly until he is dead as Laura begins her werewolf transformation. There are a few different reasons why gamers would want to play through The Quarry again after they have already beaten it the first time. It is impossible to stop Chris from becoming infected with the werewolf virus because he transforms into a werewolf before the game in The Quarry ever begins. However, if players choose particular paths through chapter 9, they have the opportunity to spare Chris’s life. By saving Chris, you will ensure the deaths of other characters, including some of the staff at the summer camp. To avoid losing Chris, you must make one of the following decisions in Chapter 9:

Do you have to kill Chris in The Quarry?

In addition to the nine camp counsellors, six members of the Hackett family and one other character who does not make an appearance until much later in the game have a chance of surviving the night. Therefore, if you are asking whether or not it is possible for you to save Chris Hackett, the answer is yes!

Is it possible to kill everyone in The Quarry?

In order to earn the accomplishment known as Hackett’s Quarry Massacre while playing The Quarry, you will need to ensure the demise of all nine of the game’s controllable characters. However, going through the game multiple times can be very tiring, particularly if your goal is to obtain the platinum trophy.

How do you get the perfect ending in The Quarry?

Can you avoid killing Constance The Quarry?

If you want to keep Constance alive, you have to eliminate Chris and Bobby as soon as you get the chance. Otherwise, one of them will be the one to take her life.

How do you kill every single character in The Quarry?