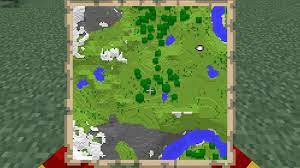 The worlds in “Minecraft” are enormous, and it is simple to become disoriented if you wander too far from your starting point. You may create beacons, use lamps, or even draw a map to help you stay on track with your journey. You can make maps yourself, buy them from other players, or find them randomly scattered across your “Minecraft” world. You will be able to determine where you are, where you have been, and where you intend to go with the assistance of these maps. Once you have a map in your possession, you can even add your very own personalized markers to it, which is a fantastic way to highlight the aspects of your property that visitors find the most fascinating. In “Minecraft,” locating or creating a map is explained here.

Read Also: How to Make a Moving Car in Minecraft

In “Minecraft,” you can either craft your own map, barter with other players for one, or open a chest to discover one inside.

In Minecraft, you will require one compass in addition to eight pieces of paper in order to create a map. Both the paper and the compass are able to be created using raw materials that may be found by digging and scavenging around in your world. The second item is a compass. You will need four iron ingots and one piece of redstone dust in order to create one of them. When mining, you should have little trouble discovering iron ore and redstone dust, particularly as you go closer to the centre of the earth. To mine redstone, you’ll need a pickaxe made of iron or a better material. When you have at least one piece of redstone dust and four blocks of iron ore, you can use a furnace to transform the iron ore into four ingots of iron. The next step is to position the four ingots on a crafting table so that they are next to the centre block, where the redstone dust will be placed. Once you have all of the necessary components, you may begin creating the map. Put the compass in the slot in the middle of the 3×3 crafting table area, and give each of the other nine slots a piece of paper to fill them. You are now in possession of a blank map that is waiting to be filled out. The word “Craft” is included in the title of the game for a reason, and it’s easy to see why: the vast majority of the items you use in-game may be made. However, another option open to you is to search for a treasure box in your planet and hope that it contains an empty map. Treasure chests located in sunken vessels have approximately an eight percent chance of having a map; the chest located in the library of a fortress has approximately an eleven percent probability; and the cartographer’s chest located in a village has an almost fifty percent chance of holding a map.

Having said that, if you have been successful in locating a cartographer, you may also speak with them in order to purchase a map for seven or eight emeralds by doing so. How does a cartography table work in Minecraft?

In Minecraft, there is a block known as the cartography table that has several different purposes. For villagers, this is the location of the worksite block for the cartographer profession. It is possible to make copies of maps, enlarge them, change their names, and convert them into locator maps in order to more easily keep track of where you are.

What is a Minecraft locator map?

When traversing the Overworld or The End, a Locator map is a piece of equipment that serves as a useful visual assistance that can be utilised. It gives the player the ability to record the topographical details of the locations they explore and plot them on a portable map. As its name suggests, it also gives gamers the ability to track down other players.

How do I create a player locator map?

Cartography tables need players to include a map and compass before producing a locator map for that player. Players must fulfil this requirement before using the table. The players have the option of either searching for these blocks within communities or making them themselves using two pieces of paper and four planks of wood.