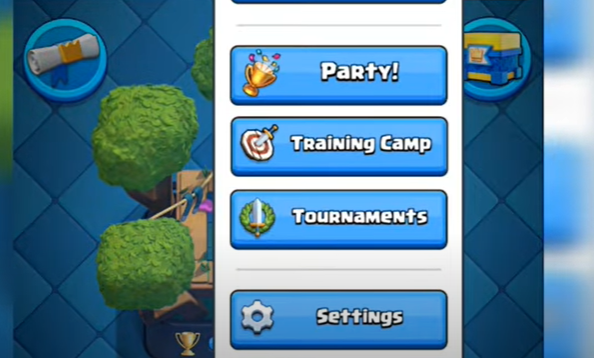 Clash Royale’s party mode is a great way to play the game with friends and have a more casual gaming experience. In party mode, you can participate in a variety of game modes, either solo or with other players, without worrying about increasing or decreasing your trophies.

Here’s how to access party mode in Clash Royale:

That’s all there is to it! You can now join your friends in party mode and have fun playing Clash Royale together. Remember, even though party mode is a more casual experience, you will still earn chests and crowns for participating in matches. So, it’s a great way to practice and improve your skills without the pressure of increasing your trophies.

In the mobile strategy game Clash Royale, party mode is a game mode in which players can relax and play against other players in a more casual setting.

Why Clash Royale Party Mode for Some Players Seems frustration?

Some players have expressed frustration with this mode, as they feel it is full of high-trophy players who are too afraid to play in more competitive matches, and that these players may have an unfair advantage due to their ability to spend money on in-game purchases to max out their decks.

However, others argue that party mode is meant for players to have fun and that matchmaking is based on average card levels, so players should face opponents with similar levels of cards. Some players have suggested that those who do not want to play against high-trophy players in party mode simply avoid the mode and play in other, more competitive game modes.

What to do if your party mode button is gone?

If your party mode is gone now and you do not have access to it then you would need to wait for the next future update.