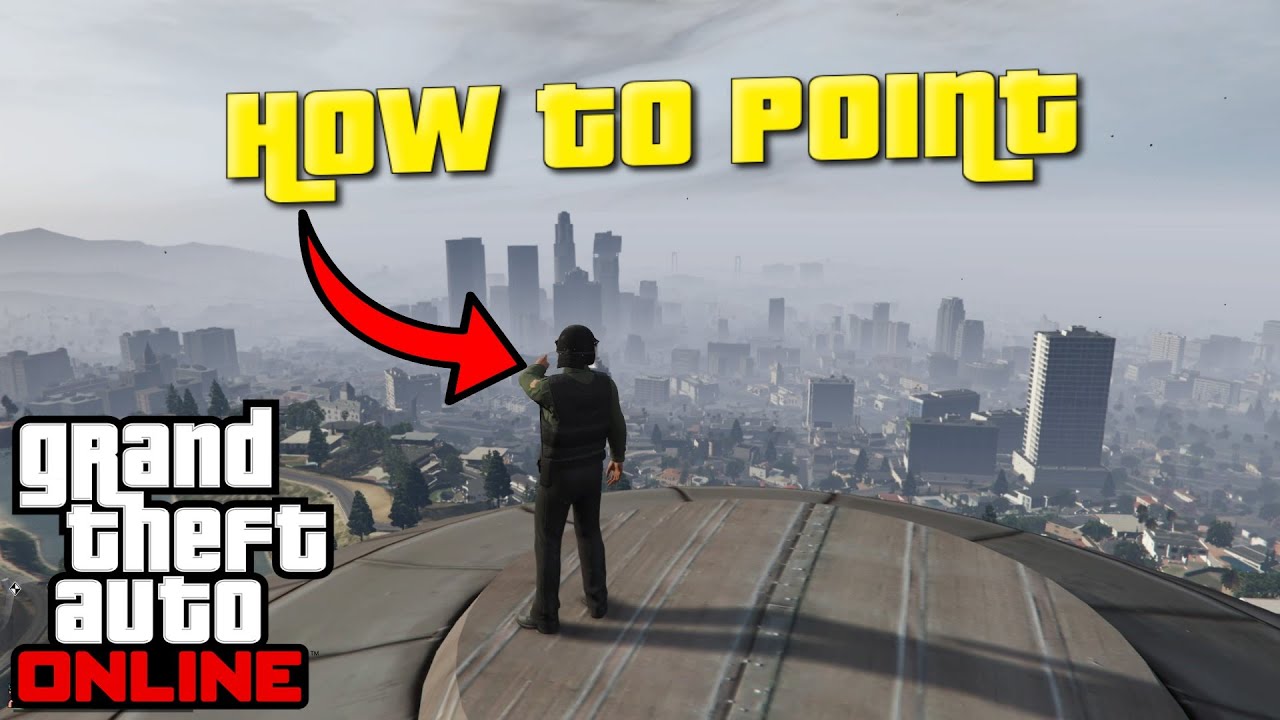 The use of points has been increasingly popular among players as a means of at the very least signaling to their teammates the overall direction they should be travelling in. Pointing can be used to signal objectives, to advise players to take cover, or to point out where they should be going in relation to those objectives.

In contrast to Apex Legends, GTA Online does not include a ping mechanism, which was implemented by Respawn Entertainment in that game. Pointing, on the other hand, is a strategy that works quite well in the game. It makes playing without microphones less efficient, but at the very least it is playable.

Read Also: How to Switch Characters in GTA 5 on PS4, Xbox One and PC

How to Point in GTA Online?

In order to make GTA Online a little more accessible to those who do not have microphones, Rockstar included the ability to ‘point at’ objects in the game. It is possible for players in GTA Online to point using the default key on their PC, which is ‘B.’

If you’re playing on a console, you can point at items in the game by pressing the ‘R3’ button twice. When the ‘R3’ button is pushed, the right analogue stick is displayed on the screen. When you’re not using microphones, pointing may be a very useful form of communicating.

However, it is recommended that players always utilize microphones when participating in Heists or other Missions that require them to speak in order to achieve goals successfully. Heists may become quite chaotic very quickly, and participants must coordinate well in order to survive waves upon waves of opponents.

Without the usage of microphones, it becomes difficult to communicate the plan of action to other players, which ultimately results in the team as a whole being penalized. As a result, while performing without a microphone, pointing is critical to success.

How do you do the middle finger in GTA 5 ps4?

If you’re in a car, simply cycle through your weapons until you reach unarmed, then press L1, which will result in you sticking your middle finger up at the driver. In order to perform an action while walking, hold down the L3 and R3 buttons at the same time. By default, this will cause you to put your middle fingers up, which is known as The Bird.

How do you do gestures in GTA Online?

Simply press and hold the Back or Select button on your Xbox 360 or Playstation 3 controller while selecting the animation you wish to employ, and then click and hold both of the thumb sticks whenever you want to give your GTA Online character some life.

How do you quick emotes in GTA 5?

How To Get Mending Enchantment in Minecraft

How You Can Switch Characters in Jump Force – 2022 Updated