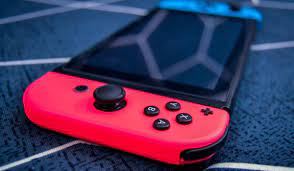 There are a few different things that could cause your Nintendo Switch to unexpectedly freeze up on you, including a broken Wi-Fi connection, an unfinished download, a problem with the battery, or a bug in the software. Getting back into the game once your system has frozen is typically a simple and quick process, regardless of what caused the system to freeze in the first place. It is important to try each step in the correct order, since we will proceed from the simplest solution to the one that will take the most time. In the event that none of these work to unfreeze the Switch, you should contact Nintendo. If the Switch console itself is still responsive but your game has become unresponsive, you can try quitting the game by hitting the Home button, and then immediately re-entering your game after a brief pause. That alone will, in many instances, be sufficient to restore normal functionality to the machine.

If it has not yet thawed, you should shut the game once more by using the X button, and then you should confirm that you want to do so. After a brief pause, click the A button to get the game going again. The software should start functioning normally after this, but you will lose any data that has not yet been saved.

Place the Switch in its dock, or remove it from the dock

If you are using the first generation of the Nintendo Switch, you can switch between the handheld mode and the TV mode simply by docking the console in its respective station, and vice versa. In either scenario, the adjustment will result in a brief halt, which may prompt the Switch to resume its normal operating state. This won’t work if you’re using a Nintendo Switch Lite because you can’t connect that system to a television set.

Force the Switch to shut down The Nintendo Switch can be forced to shut down and have its settings reset if the power button is held down for twelve seconds. You won’t lose any of the data that you’ve stored. After turning off the console, you should wait a few seconds and then hit the power button once again. The console should then reboot and function normally. Last but not least, a Switch that has been unresponsive or is behaving in an unpredictable manner can just have a dead battery. After you have connected the console to a power supply, you should walk away from it and let it sit alone for a number of hours.

Why is my Nintendo Switch screen frozen?

A frozen Nintendo Switch could be the result of a number of different problems, such as a dead battery, a bug in the system’s firmware, an incomplete update, or a dirty game cartridge. The Nintendo Switch could experience the same issues that prohibit it from waking up from Sleep Mode, turning on or shutting off, or operating games correctly.

Why is my Switch unresponsive?

If you have a Nintendo Switch and it won’t switch on, the battery may require a lengthy charge; if this is the case, consider leaving it plugged in for at least an hour before turning it back on again. If your Switch suddenly stopped turning on, it is possible that it is frozen. If this is the case, you will need to conduct a quick hard reset in order to fix it.

How do I force a reset Switch?

While the console is off, keep holding down the power button until it restarts. This procedure might take up to 15 seconds to complete… After releasing the power button, you will need to press it once to begin the standard startup process for the console. Your console ought to start up without any problems at all.

Does hard reset delete everything switch?

You will lose all of your data, and this action cannot be reversed, therefore you should only perform a factory reset if you are certain that it is necessary.

How to Update Your Nintendo Switch