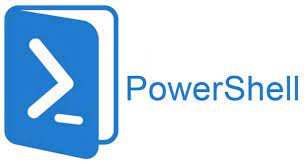 Read Also: How to Force Delete a Folder on Windows 10 and 11

How to Update to PowerShell 7.0 on Windows 10

Go to the PowerShell Github page if you wish to update to the latest version of PowerShell using the installer. To find the file with the MSI file extension, navigate to the Releases page and look for it there. If you are using a 64-bit version of Windows, it is imperative that you download the 64-bit version. If you run the installer just like you would run any other installer, it will handle everything for you automatically. Open the programme with administrative privileges if you want to be able to update PowerShell from within the application itself. Execute the command that is listed below. There is absolutely no need for you to make any changes to the command. Carry on in the same manner.

The programme will initially visit the PowerShell Github page and download the installer from there. It may appear as though nothing is happening for a time, but in reality, the file is being downloaded in the background.

After that, you will be guided through the installation process, which will be exactly the same as the one you receive when you use the MSI file. During the process of updating, you will have the option to include PowerShell in the menu that appears when you right-click. Please wait while the installation is finished. On a computer with a power level somewhere in the middle, it won’t take more than a few minutes. On less powerful computers, the process could take as long as fifteen minutes.

After the update has been successfully applied, a new PowerShell window will appear, and the version number will be displayed at the very top of the window.

You can go to the page on Github where the modifications have been listed to find out what’s new in PowerShell if you’re interested in that. There does not appear to be any indication that the adjustments will have an effect on how you operate with it. There is nothing in any PowerShell script that has to be modified in order for it to be compatible with PowerShell 7.0. Although the upgrade does include some new features, those new features add capability to previously released features and expand on some of PowerShell’s most used commandlets.

If you need to execute PowerShell version 5, you can do so by typing the following command into the run box (using the Win key and the R key simultaneously will open the run box).

If you want to run PowerShell 2.0, you can do so by changing the number at the end from 5 to 2. Alongside the installation of PowerShell 5, PowerShell 7.0 is also carried out. To launch PowerShell 7, either look for it using the Windows search bar or navigate through the Start menu’s list of applications. It is distinguishable from PowerShell 5 by its icon and ought to be straightforward to locate.

How do I update my PowerShell version?

The PowerShell can have its version updated directly from the PS cli. This command begins the installation process by downloading the PowerShell 7.1 MSI distribution file from GitHub and then running the MSI installer to complete the process. You may also make use of the following additional installation parameters: -Destination: You can alter the folder that PowerShell Core is installed in by default here.

You will need to use the ZIP package to install PowerShell 6 if you want to run it concurrently with PowerShell 7, and you will need to do so. Start up your web browser and navigate to the PowerShell Github releases page when you are ready to download the package. To download it, scroll all the way down until you reach the Assets section and then click on the MSI package release.

What version of PowerShell comes with Windows 10?

Version 5.0 of Windows PowerShell
As a result of the fact that Windows 10 ships with Windows PowerShell 5.0 pre-installed by default, but the WU (Windows Update) component is supposed to install a superior version automatically (Powershell 5.1), some users have been looking for ways to determine which version of PowerShell they are currently using.

Should I upgrade to PowerShell 7?

On-premises deployments are still supported by PowerShell 7, despite the fact that the new version enhances support for more contemporary options. The parallelization of the pipeline is an important enhancement that is included in the stable release. The ForEach-Item -Parallel cmdlet has the capability to execute multiple scripts in parallel for each object that is fed into it.

What is the latest PowerShell 7 version?

The upcoming Long-Term Servicing (LTS) release of PowerShell, version 7.2, was developed using. NET 6.0. The following upgrades, feature additions, and breaking changes are included in PowerShell version 7.2. Check out the Change Log on the GitHub repository to get an exhaustive rundown of the modifications.

How to Change Font Size on an Android Device

How to Connect Beats Wireless to Android

How to Turn Off Your PayPal.Me Link