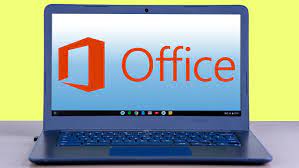 Read Also: How to Fix it When Your Chromebook Won’t Turn On

How to Use Microsoft Office Web App on a Chromebook

You only need to have the Chromebook’s default web browser installed in order to utilize Microsoft Office on your Chromebook. In the past, you were also able to use the Office Android apps, but that opportunity has now passed. Even though you have a Chromebook that is capable of running Android apps and you are still able to download them, support for Office apps that run on Android devices has been discontinued. That is probably a good thing considering how much more user-friendly the web version is.

Installing the Microsoft 365 Progressive Web App (PWA) directly from within your Chrome browser is currently one of the quickest and easiest ways to get Office running on your Chromebook. The following steps need to be taken on a Chromebook in order to use the web version of Microsoft Office:

1. Start the Chrome browser, navigate to Office.com, and sign in with your Microsoft account to get started.

2. After you have logged in, select the Install Office symbol that appears to the top right of the address bar, and then select the option labelled Install.

3. The installation of the PWA app only takes a moment, and then it will begin running. It is similar to the online edition of Microsoft Office, but it functions similarly to the mobile and desktop versions. 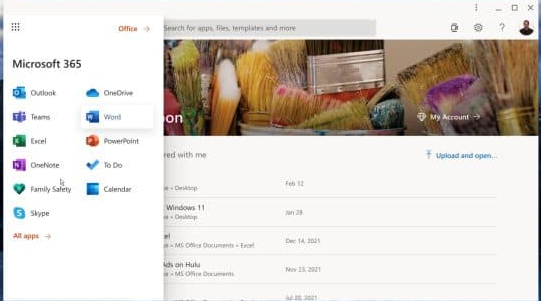 That is the extent of the matter. You have the ability to change its size, receive notifications, carry out tasks without an internet connection, and even pin the icon to the taskbar. You can access the various Office applications by selecting one from the sidebar or by clicking the menu button in the top-left corner of the screen.

Can you run Microsoft Office on a Chromebook?

Word, Excel, PowerPoint, OneNote, OneDrive, and Outlook are among the Microsoft 365 applications that can be accessed through the web. Other applications include OneNote. You are able to create and edit documents and files, as well as collaborate on projects using the online apps.

Is Microsoft Office free for Chromebook?

Can you use Word documents on a Chromebook?

On your Chromebook, you have the ability to open, edit, download, and convert a variety of Microsoft® Office files. Some of these file types include Word, PowerPoint, and Excel.

How much is Microsoft Office for Chromebook?

If your device has a screen that is less than 10.1 inches, you can download the Office apps for free; but, you will need a free Microsoft account in order to create and edit files. A paid subscription to Microsoft’s Office 365 service is required in order to use Microsoft Office on Chromebooks and tablets with larger screens. The most affordable plan costs approximately $7 per month.

Can I use Excel on Chromebook for free?

You may do all of your tasks by using Google Drive, which means you won’t have to clog up your hard drive with a tonne of files. On the other hand, because it is a Windows application, Microsoft Excel cannot be used on Chromebooks. Chrome OS is an alternative to Microsoft Windows that’s used in Chromebooks.

Does Office 365 work on a Chromebook?

You can discover PWAs for Microsoft Office 365, such as Outlook and OneDrive, and Chromebooks are an excellent platform for running these.

How to Mirror Galaxy S10 to Roku

How to Print Emails from Your iPhone