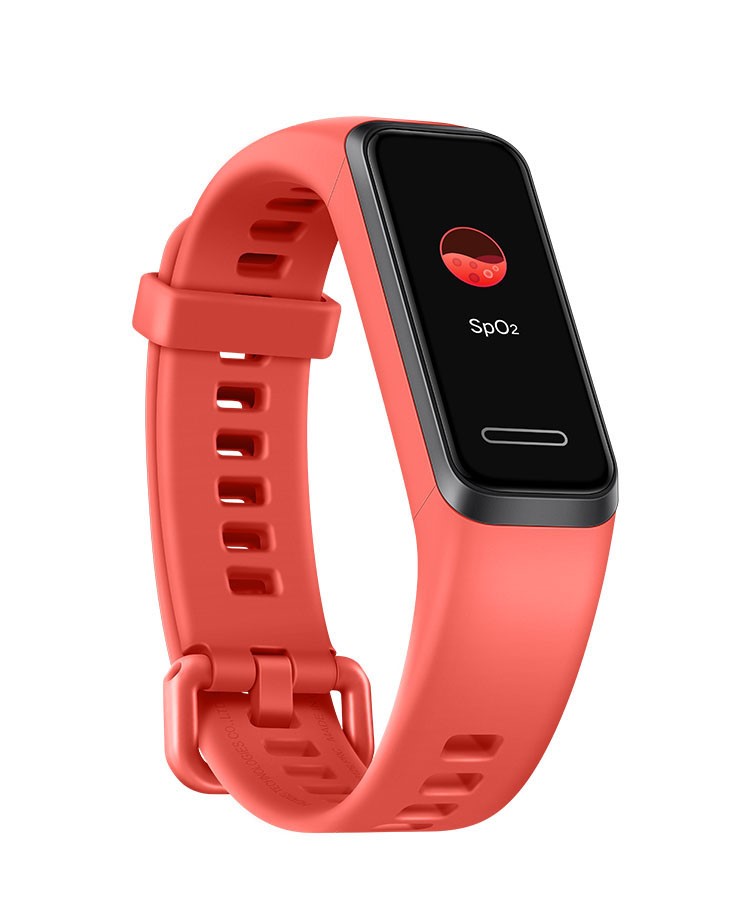 Let’s speak about the Huawei Band 4 fitness tracker, which is the company’s latest wearable gadget. Let’s look at how it varies from the alternative (Honor Band 5) and how wonderful it is all around.

One of the most remarkable things about the Huawei Band 4 smart watch is that it does not come with a charging cable or cradle, which every other fitness tracker seems to go with. Instead, one-half of the strap detaches to show the male end of a USB-A connection, which allows you to charge the Band by simply plugging it into any USB port on your computer.

Most fitness bands and smartwatches not only come with a cable, but they also have a proprietary charger connection, which means that if you lose or forget the accessory, you’ll run out of battery quickly. It is not the case with Band 4. The fact that other corporations do not follow suit is a minor issue that makes me question why.

The Huawei band 4 has a straightforward and understated design. Graphite Black, Sakura Pink, and Amber Sunrise are the three hues available for purchase. The availability of the band’s colors varies depending on where you are located.

The 0.96-inch color screen will be the first thing you notice when looking at the device. It has a resolution of 80160 pixels and is made of plastic.

It is available in both AMOLED and TFT screen configurations. It is also dependent on regional differences. For example, when I tested the Indian device, it came equipped with a TFT display. The Chinese and international units, on the other hand, feature AMOLED screens.

An additional touch-capacitive button may be found beneath the screen in the form of a short horizontal bar. It features a reflective edging around the edges. And no, it does not have a light on it. I prefer to refer to it as the home button (similar to the one found on earlier iPhones) since it has only one function: wake up the screen and take you back to the home screen from any menu or option.

With both straps attached, the Huawei Band 4 weighs only 24g. On the other hand, the silicon rubber straps are of excellent quality and have a pleasant feel. When used for extended periods, they do not cause rashes or irritation. These were highly prevalent problems for those who have sensitive skin.

It’s possible to charge the Huawei Band 4 using the USB A male connector located on the device’s underside. The connection has a solid feel to it and appears to be long-lasting. When it comes to charging, I believe that what Huawei has done with this band is something that other fitness band makers could cue. It had been a long time since you didn’t have to carry a separate cable or adaptor for your fitness band. I don’t have to worry about running out of battery life with the Huawei Band 4 because I can always put it into any Type-A USB port.

What’s in the box

The Huawei Band 4 comes in a small, lightweight box similar to its counterpart’s box, the Honor Band 5.

You get the following:

As mentioned before, you don’t get any charger because the band has a type-A USB connector built right into the band.

Performance is where things become interesting. The Apollo3 microprocessor, well-known for its low power consumption, is used in the band’s electronics.

Starting with the activity area of the band, it provides you with the most basic information such as the number of steps taken, the distance traveled, the calories burned, and the time spent exercising, as well as the function of a fixed point. The fixed points serve to remind you to get up and exercise when you’ve been sitting for an extended period between the hours of 7 a.m. and 7 p.m. The activity reminders may be turned off in the Huawei Health App’s settings with relative ease.

The Huawei fitness band 4 has nine distinct activity modes to choose from when it comes to exercising. These modes may be activated directly from the band and via the Huawei Health app on your phone because the band does not have a GPS. As a result, every time you go for a run outside, you’ll need to have your phone with you.

The alerts on the band are straightforward and pleasant to use. The 0.96-inch screen displays sufficient text to inform you of the nature of the message. However, you can control which applications should receive alerts on the band in the app settings. To display signs on the Huawei Band 4, the software requires a slew of various permissions from the user.

There is no AMOLED screen on the unit accessible in the Indian market. Instead, there is a 0.96 TFT screen. However, I would have preferred an AMOLED display. Although the display on the Huawei Band 4 is not very brilliant, it is enough viewable in solid sunlight to be helpful. The brightness levels are selectable from five options in the settings menu.

Although there is no auto-brightness feature, the band does have the ability to dim the brightness during the night to not interfere with your sleep while you are wearing it. Although the monitor has a relatively low resolution, the colors are good, and the gradient icons appear to be great.

When it comes to the build quality of the display, it is susceptible to scratching. As a result, if you want to use your device for an extended period, a screen protector is strongly advised.

The Watchfaces, on the other hand, might be a deal-breaker for specific consumers because the Huawei Watch Face Store is not available or supported in some countries, such as India. As a result, you’re locked with the three pre-installed watch faces. However, there are a few exceptions to this general rule.

Those figures are confirmed in real life. According to their official website, the charging time for the 91mAh battery is around 90 minutes under typical ambient conditions (25degrees Celsius ). It took me 70 minutes to fully charge the band from 0 to 100 percent. I was impressed with myself.

Thanks to the excellent design and functionality throughout, the Huawei Band 4 competes with the Xiaomi Mi Band 4 as the finest low-cost activity tracker available in 2019. It has a battery life that lasts for a week or more, a color touchscreen, and a complete range of activity and sleep monitoring features built-in.