If the hype from the biggest video game developers was to be believed, the only way is the AAA way. The most expansive worlds, the best graphics, the accurate physics, all of these components ostensibly dictate a game worth playing. Back in reality, the interactive entertainment market isn’t so simple.

Today, some of the best-performing titles are smaller ones. Illustrated best in video games via the indie market, the related sphere of the online casino games similarly demonstrates the attractiveness of smaller experiences. It’s a complicated equation, but one which is likely to have profound future implications in the coming years.

The Ethos of Bingo Slot and Indie Games

Like video games, bingo slot titles have come a long way since their inception. They’ve evolved to a point today where modern examples like the Berserk and Reel King Slingo Bingo games involving cutting-edge graphics, large bonus structures, and access over both desktop and mobile devices. Yet, despite this evolution, the games never reach a point where they become too bloated for their own good. They’re smaller, they’re focussed, and like indie video games, this helps keep them fresh.

Within video games, consider a similar approach for a title like Celeste. With simple but gorgeous 2D pixel graphics, and a strong emphasis on demanding platform gaming, Celeste doesn’t try to raise the bar of gaming reality, and it knows it doesn’t need to. Without setting an unrealistic goal, the game manages a far more targeted approach, performing so well it’s been regarded by sites like Techradar as one of the best indie and gaming titles of all time.

The success of smaller releases like indie titles and bingo slot games inevitably leads to questions regarding the necessity of AAA titles to take the opposite route. The fundamental reason these developers and publishers give for their excess tends to be rooted in claims of audience demand. The player demands bigger worlds, longer games, and better graphics. That is what the market research shows, it’s what the developers and publishers can afford, so it’s the direction they adopt. Problem is, audience participation and ratings show that these stated ideas aren’t based on reality.

Online casino games, despite not offering expansive worlds, have been gaining popularity at a steady rate for decades. As for video games, the most popular titles of all time are Tetris and Minecraft, two titles not exactly famed for their complicated graphics or physics. Even if taking into account GTA5, the third best-selling game of all time according to Screenrant, the success is just as reflective of the range of diverse gameplay opportunities as it is the rapidly aging graphics and physics simulations. 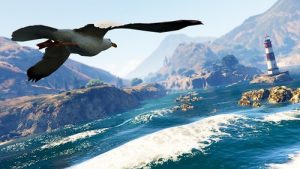 Looking at the big picture, the question then becomes where the line should be drawn. For indie games and slot titles, the price of access and the amount of content is fairly steady, and audiences have responded to this fact. The cost of getting a full AAA game, on the other hand, is getting more expensive, which is claimed to reflect growing development costs.

Eventually, the nebulous line of cost versus enjoyment will be breached for players, it’s just a matter of when. So, next time you play something, consider what sort of market you want to support and whether you really buy into the AAA gaming hype. Bloat can’t continue forever, no matter what the marketing executives want audiences to believe.