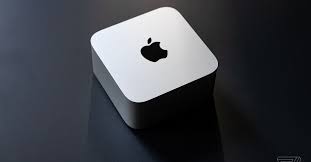 It was first hypothesized that the Mac Studio’s storage may be upgradeable since it is not soldered in place during the takedown when it was first performed. Each Mac Studio is equipped with two internal solid-state drives (SSDs), and the SSDs themselves may be changed freely between the ports.

In a video posted on his YouTube channel, Miani demonstrated how he examined if the Mac Studio’s storage could be upgraded by the user in practice. Despite Miani wiping the SSD of a Mac Studio, removing it from the machine, and inserting it into an empty SSD slot in another Mac Studio, the Mac’s status light flashed SOS and the computer refused to run. Miani contacted Apple Support.

The SSD is recognized by the Mac Studio, but Apple’s software stops it from booting, implying that this is a deliberate move by Apple to prevent consumers from updating their storage on their own. Users are encouraged to set the Mac Studio with sufficient storage space at the time of purchase, according to Apple, who maintains that its SSD storage is “not user accessible.”

It now appears that the readily changeable storage is intended to assist authorized technicians in doing repairs on the Mac Studio, who will most likely have software tools that will allow the Mac Studio to boot from a variety of internal storage devices. Apple might provide an update in the future that would allow consumers to increase their own storage, given that the lack of user upgradeability appears to be due only to a software limitation at this time.

Hogwarts Legacy for PS5 and Xbox Series appears to cost $70 / £70, with no upgrade option