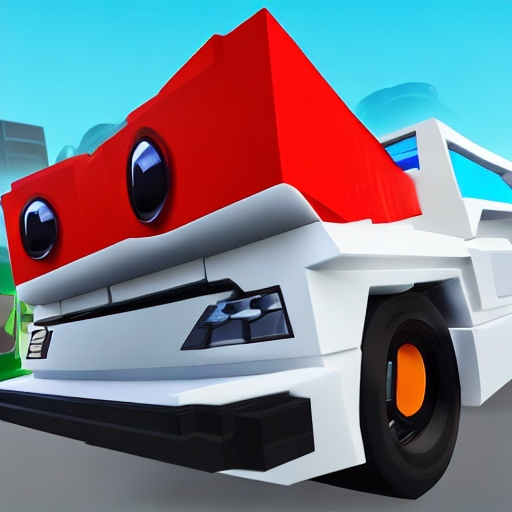 One of the features of the game is the ability to buy and drive cars. In this article, we will go over the basics of buying cars in Bloxburg. How to purchase them, what they cost, and where to find them.

In Bloxburg, players can earn money ($) by working in the game, and can also purchase Blockbux (B$) with Robux. Robux, in turn, can be bought with real money. Cars in the game can be purchased with either $ or B$.

There are two ways to get a car in Bloxburg:

Build Mode is the easiest and quickest option, as it allows players to choose from a wide selection of cars at varying price points. To access Build Mode, simply go to the Vehicles section and select the car of your choice.

Mike’s Motors, on the other hand, is a physical store located in the main town of Bloxburg, next to Pizza Planet. The selection at Mike’s Motors is limited, but it can be a good option for players looking for specific models.

Pricing of Cars in Bloxburg

When it comes to pricing, cars in Bloxburg can range from $11,750 to $170,000. Cheaper vehicles seat only one to four players, while more expensive cars can seat up to seven. It’s worth noting that the cost of a car will also depend on its speed, seating capacity, and design.

Where to Park Cars

It’s also important to note that cars in Bloxburg can only be parked in designated parking spaces within the virtual city. If a car is parked outside of these boundaries, it will be towed and can be respawned in the game.

Why It’s Better To Buy  Blockbux Cars in Bloxburg

Players have the option to purchase cars with either in-game money or a virtual currency called Blockbux. While both types of cars serve the same purpose, purchasing a car with Blockbux can offer several benefits over buying one with in-game money.

Blockbux cars can be moved between plots without losing any value, while cars purchased with in-game money will only give you 70% of the original cost when sold. This allows players to easily transfer their cars between different houses without losing money.

When players remove a Blockbux car from their plot, it goes into their inventory, allowing them to place it again later, unlike cars purchased with in-game money which are stuck on the plot they were purchased for.

Advantage of purchasing a car with Blockbux is that it can help lower the player’s in-game bills. In Bloxburg, bills are calculated based on the value of the player’s plot, and removing a high-value car like a Blockbux car can lower the amount the player has to pay. This can be especially useful for players who own multiple plots and want to save money on bills.

Purchasing a car with Blockbux in Bloxburg can offer several benefits over buying one with in-game money. These benefits include the ability to move cars between plots without losing value.

There are many bloxburg car 2023 options available that you can avail now.