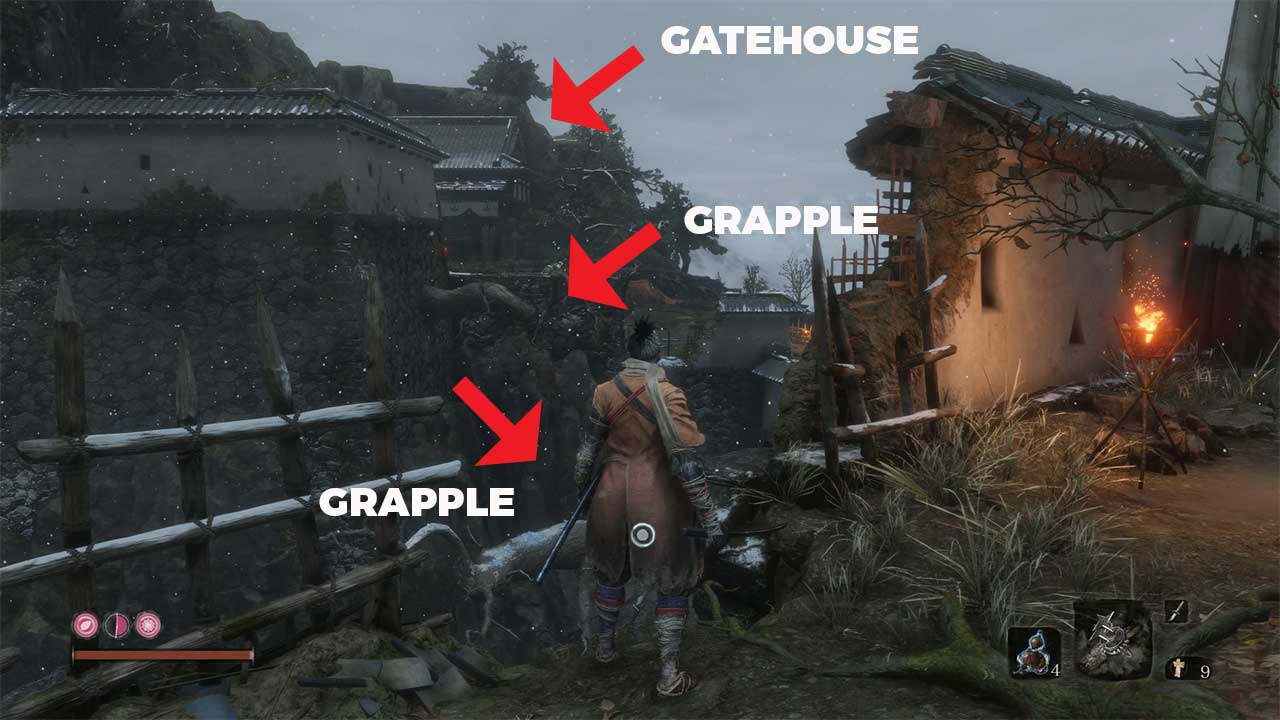 Sekiro: Shadow Die Twice gives you the opportunity to enjoy different ways of killing your opponents including slicing, stabbing and burning. There are a number of different weapons in the game that can be used to defeat enemies. Although every player has their own weapon of choice when it comes to combat but we suggest that you at least collect them all and try each one of them just for the sake of it. Many weapons can be found in the earlier part of the game but to get your hands-on Loaded Spear, you must do some extra work. This article will walk you through the process of finding the Loaded Spear.

Loaded Spear is massively overpowered weapon in Sekiro: Shadow Die Twice. You can use this for counter attacking as well as ripping your enemies apart. Another unique ability of this fierce weapon is that it can pull enemies towards you. Go to the Ashina Castle, where the quest for Mortal Blade starts. While standing on the bridge, turn your face towards the castle. From there, turn left and jump down. Hold on to one of the grappling branches below. You’ll find two guards standing in your way there. Kill them to acquire guardhouse key.

Now go back to the Idol and after entering the gateway, turn left to the remnant. There is a large hole in the ground in that room. Jump in it and you’ll exit the building. Your next job is to locate Reservoir Sculptor’s Idol. This is the same area where you snuck through at the beginning of the game. This area will be swarming by enemies. So, watch your step and move cautiously. Our advice is to sneak through the area and avoid killing enemies. Take the left route from there and reach the house in front of you. Open the house with the keys obtained from killing the guards previously. There will be a chest in the room with lights coming out of it. Take the spear part out of the chest and go back to the Sculptor. You will be able to craft the Loaded Spear now. Loaded Spear may not be as effective as Loaded Axe. Still, it is extremely fun to play with.

This was all about where to find Loaded Spear. Checkout some of our other guides below.

How to defeat Headless in Sekiro

Where to Find Mortal Blade in Sekiro