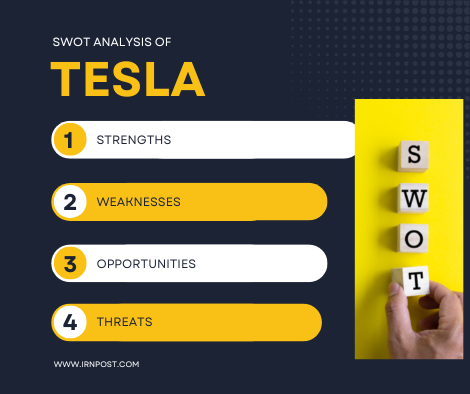 In this article we will share details on SWOT analysis of Tesla Gigafactory Berlin-Brandenburg.

What is SWOT analysis used for?

SWOT analysis is a strategic planning tool that can be used by businesses and organizations to assess their strengths, weaknesses, opportunities, and threats. It can be used to identify internal and external factors that could impact the success of a business or organization. SWOT analysis can also be used to develop strategies, make decisions, and solve problems.

The Tesla Berlin Gigafactory is one of the largest and most technologically advanced factories in the world. It has the capacity to produce 500,000 electric vehicles per year.

The factory is using cutting-edge robotics and artificial intelligence technology to increase efficiency and reduce costs.

The Gigafactory is powered by renewable energy, making it one of the most sustainable factories in the world.

The Tesla Berlin Gigafactory has just started production on 22 March 2022. So its full potential is not yet known. The factory could face challenges due to the high cost of labor and materials in Germany.

Tesla will face stiff competition from other electric vehicle manufacturers who are also setting up factories in Europe, such as BMW and VW.

The Tesla Berlin Gigafactory presents an opportunity for the company to increase its production capacity and meet the growing demand for electric vehicles.

The factory also helpeed to create jobs and boost the economy in the region. This factory will be the first of its kind in Europe and is providing 8000+ jobs and a huge economic growth to the region.

The Tesla Berlin Gigafactory could face competition from other electric vehicle manufacturers who are also expanding their production capacity.

The factory could also be impacted by political and economic uncertainty in Germany. Some economists have raised concerns about the potential economic impact of the Tesla Berlin Gigafactory. They argue that the factory could lead to a decline in local employment, as well as an increase in prices for local goods and services.

There are a number of environmental concerns that have been raised about the Tesla Berlin Gigafactory. These include the impact of the factory on local air and water quality, as well as the potential for noise pollution.

Tesla’s Position According to SWOT Analysis

However, Tesla faces several challenges. The company has been plagued by production delays and quality issues with its vehicles. Tesla is also facing increased competition from other automakers who are entering the electric vehicle market.

Tesla is a company with great potential. However, it faces significant challenges that it must overcome in order to be successful in the long term.

Tesla has had some success in Berlin, but it has also had some challenges. The company will need to continue to adapt to the city’s unique market and needs in order to be successful in the long term.

Why Google is not Indexing All pages of your Website