When your gaming culture is high, you will always appreciate a chance to enjoy a few hands of popular mini casino games incorporated in the best video games. It may seem as a deserved break from chasing the highest spot on the leaderboard or as a paradigm switch from the main plot to a lucrative side event.

While titles such as Street Fighter were renowned for their bonus levels when things shifted from beating sturdy opponents to reckless clashes of random things, the games we’re about to display are famous for their gambling sequences. Motifs and themes are different but have gambling mini games in common. Find out more details about notable online casino prospects in this review presenting the list of my top gaming options.

The notorious fictionalized Chicago 2013 is a competitive setting looked through the eyes of Aiden Pearce, a young and gifted hacker armed with nothing more than a smartphone. Still, this is not a regular phone he uses for occasional gaming and social networking, but a key to other people’s bank accounts, breaches into high-level security systems, and even to the city’s traffic department where Aiden can turn lights on or off and direct trains on a different railway.

When it comes to casino games, this is just an in-game option that accepts even the smallest deposits. If you’re a player into this kind of betting, check out reviews of $10 minimum deposit casino Canada sites where it is possible to engage at the smallest fee. In Watchdogs, a small investment is needed to get you into a poker game, but there are also other options such as chess, drinking game, and shell. 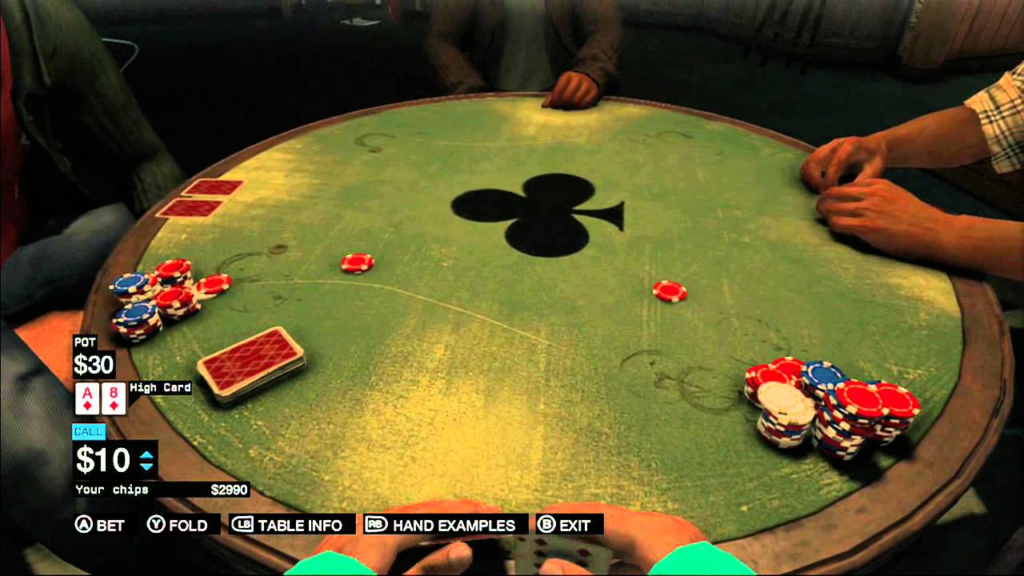 Your Own Casino in The Sims 3

The Sims 3 is a game that has surpassed its predecessor in almost all fields and has introduced many new elements and functions into gameplay. The extensive creator of the sims characters is perfectly done, and a huge amount of effort has been invested in its creation. Once you give your character a name and surname, choose a gender and age, the real fun begins with creating both the physical and psychological characteristics of the characters.

Presuming your Sim is a casino fan, and you installed an appropriate add-on, there is a chance to build your own establishment or to take a seat in a video poker, blackjack, or roulette game. Also, slot machines are available in both options, and you can use Cheats to get a better result. When it comes to the building part, it’s all about players’ creativity since the game allows so many modifications and little details we could write a new article about. 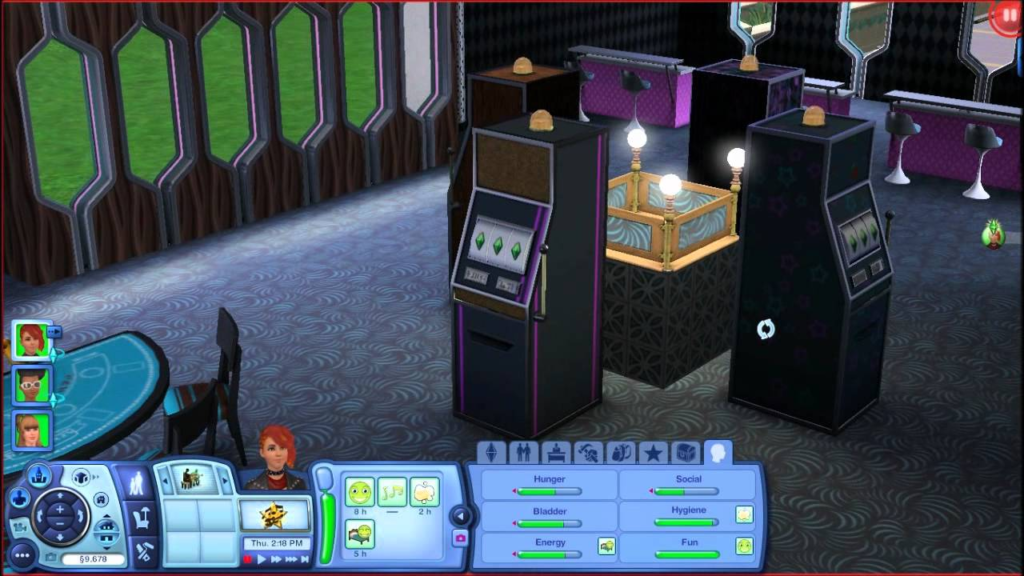 The plot takes place thirty-nine years after Fallout 2. The scene of the turbulent events is the Mojave Desert. In time, you find out that you are a Courier in the service of the Mohave Express company. You travel in search of answers and encounter adversity that plagues the residents of New Vegas and the surrounding area.

Another dimension is the dense task network. It will happen to you that the decision interrupts the course of some missions that you have not even started yet. There are also tasks that start spontaneously, without an official start. Such are the most interesting because they appear suddenly. For example, deserters suddenly break into a casino. Seemingly, completely unimportant characters, but how you treat them will be shown in the finale. You will also find a dozen built-in online casinos offering all sorts and kinds of playable games where it is possible not only to earn cash but to restore health 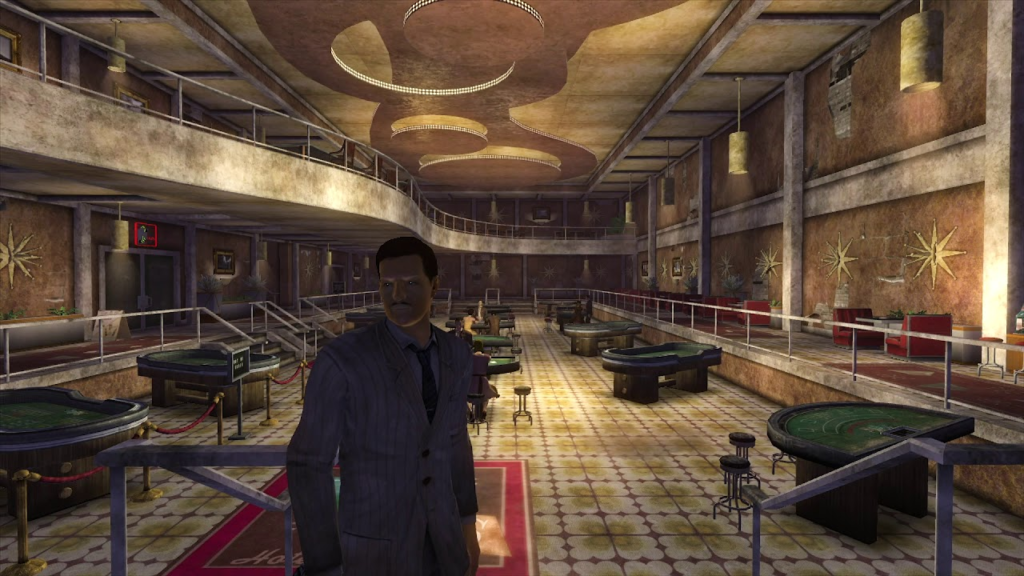 The Super Mario 64 video game was the Nintendo 64 best-seller and is widely considered an important keystone in the rich history of online gaming. The first 3D movements of Mario were released here, which largely differs from the popular hero’s earlier lateral movements displayed in the previous settings. Even though some modern gamers think that the game has not matured particularly well and they still feel noticeable camera problems, Super Mario is definitely considered one of the most successful games ever produced.

Players will find an entire series of mini games during the campaign and each one comes with specific benefits and perks to be used as improvements. Among those, coins and extra lives are waiting to be collected in the likes of Memory Match, Speed, Thrilling Cards, Pair-a-Gone, and Picture Poker. 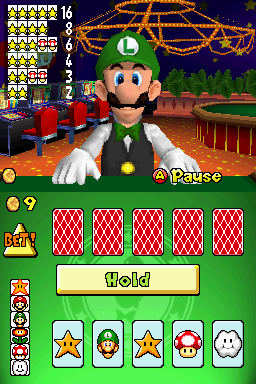 This review wouldn’t be complete without the final part of a trilogy about Geralt of Rivia, a medieval “explorer and exterminator” of supernatural phenomena. You find the witch Yennefer, the lost love you searched for in the first two games as Aster Blistok after Chimera, anticlimactic at the very beginning of the third sequel, which allows the plot to spread in other fields. In addition to the missions that make up the main course of the story, the game is full of optional content that serves to challenge our hero monetarily and experientially.

A great optional pastime as a break between adventures is the card game Gwent which is reminiscent of a good version of Hearthstone. In the mini game, you will collect, buy, and win rare cards and budget your deck depending on the chosen faction, and something tells us that CD Projekt RED also has more serious plans to transfer Gwent to the real world of table games. In terms of qualitative complexity, The Witcher 3 is quite comparable to Grand Theft Auto V, regardless of the differences in concept, theme, and tones. 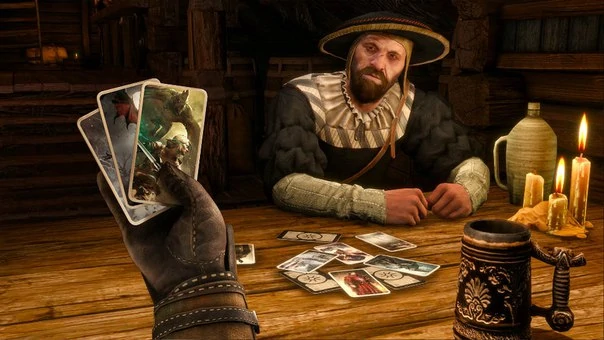 After all, finding a more iconic combination than gambling and modern video games is definitely among the hardest tasks our heroes could ever have. Dwelling into a detail-rich world where so many opportunities are lurking around every corner brings a new dimension and opens doors for future new releases that will explore this duo in a better and more lucrative fashion.

Players excited about synthesis of two worlds now have more than a single chance to bring two passions together while enjoying skilfully created plots, different narratives, and visually intriguing environments. For example, Final Fantasy Series offer a unique set of mini quests where you can earn real money later to be spent for any need your character has. With that in mind, the only thing left is to pick a title from this list and start the adventure.

The Most Famous Mini-games In The Witcher

Skyrim Guide: How To Build a House | Complete Guide with Pictures