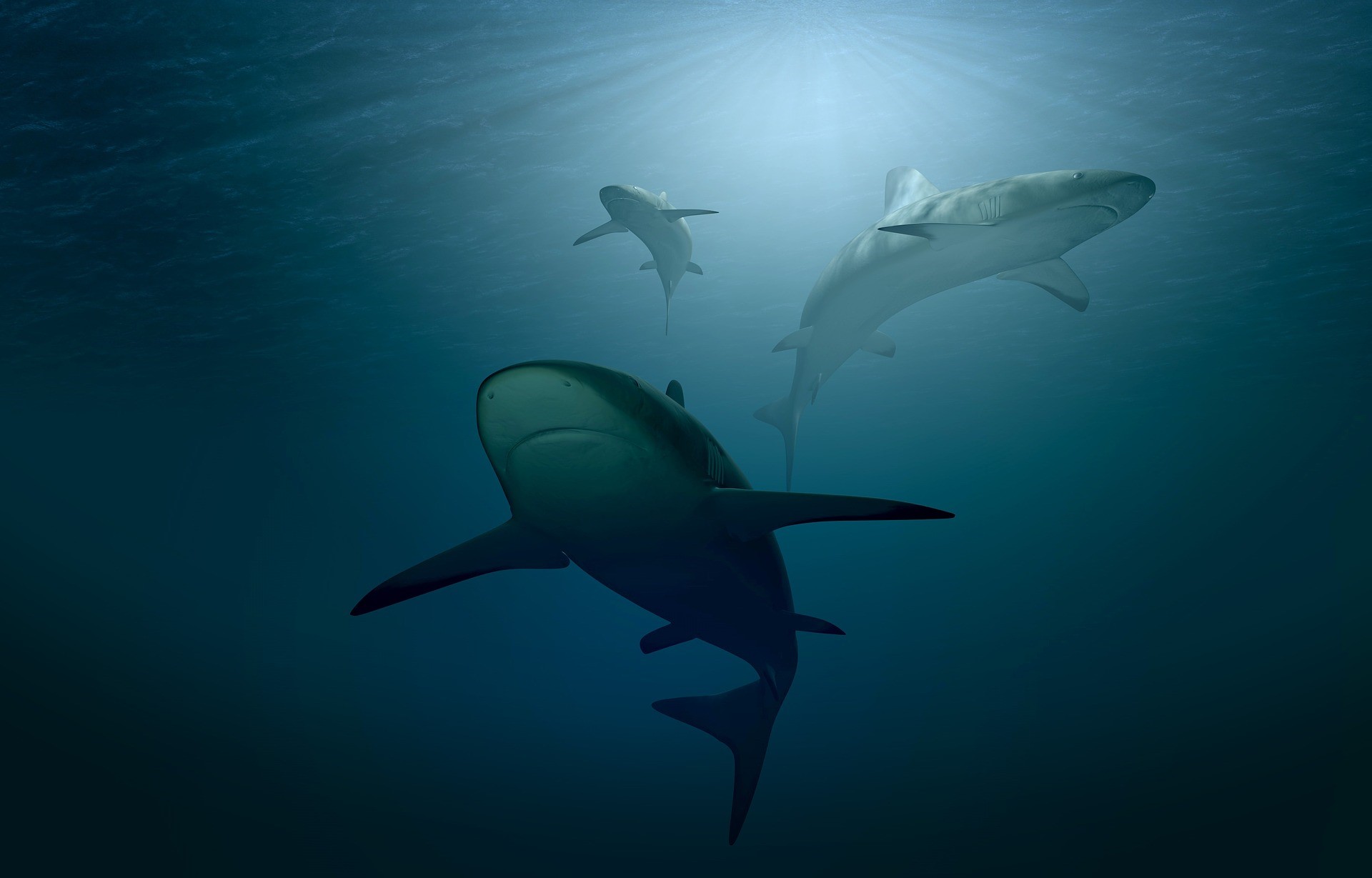 Ever since the classic movie Jaws hit cinemas in 1975, sharks have become a common and much-loved menace in popular culture. Every year, there seems to be at least one shark movie released. But it’s not just films in which sharks are so popular. There are several video games about sharks and lots more that feature memorable sharks. So, let’s go fishing for the best games featuring sharks and see what we can catch.

Speaking of Jaws, the original 1975 film finally got its own video game interpretation in 2006 with the release of Jaws Unleashed. While the game got mixed reviews, it was a huge commercial success, selling over 250,000 copies on Xbox alone. So, it can’t be as bad as many critics make out. In fact, Jaws: Unleashed is a great game if you’re just looking for some underwater fun. The open-world gameplay involves assuming control of a massive great white. You can roam freely through the water to feed on fish… and humans.

There are more video games featuring sharks than you may think. There are even great shark-themed slot games like razor shark, which people enjoy all over the world, from Denmark to the States. When it comes to video games, Maneater is one of the best. While it resembles the Jaws Unleashed game in many ways, in that you control a female bull shark in an open-world environment and take revenge on fishermen, Maneater provides a lot more fun and action. There are a lot more things to kill in Maneater and as you kill more people who stand in your way, you grow larger and more powerful.

The Legend of Zelda: The Wind Waker

While sharks are not the stars of 2003’s The Legend of Zelda: The Wind Waker, they do feature in the game at one point and they’re very persistent as they ram your boat head-on attempting to capsize you. The sharks in question are known as Gyorgs. The fierce purple-finned sharks may be savage, but they’re only protecting their territory, as you sail into their sea; playing as the famous protagonist Link. The shark sequence may be short, but it’s one of the most memorable encounters in the tenth installment of the Legend of Zelda series, which is often cited as one of the greatest video games ever made.

Even if you’ve played the hugely successful Grand Theft Auto V game, you may be unaware that sharks feature in the game. After all, 99% of the gameplay is about committing crimes with guns and fast cars. However, if you play the Xbox One, PS4, or PC version of Grand Theft Auto V, you can find hidden plants that, once eaten, turn you into one of a number of different creatures: including sharks! Yes, all of a sudden, you can play Grand Theft Auto as a shark who can swim and bite.

Ecco the Dolphin: Defender of the Future

If you have a thing for sharks, you might like dolphins too. In which case, you’ll love playing the fourth episode in the Ecco the Dolphin series: Defender of the Future. Don’t worry, sharks also make an appearance in the game. The skulking sharks are formidable foes that come out of nowhere and attack in well-coordinated groups. Playing as Ecco, you’ll encounter the great whites on the Open Ocean level. As soon as they catch you, you’ll be eaten alive. The plot of Ecco the Dolphin: Defender of the Future concerns a raging war between the dolphins and an alien race called The Foe. When the game was released, IGN named it one of the best games of 2000.

Trading in games. How to avoid getting fooled?