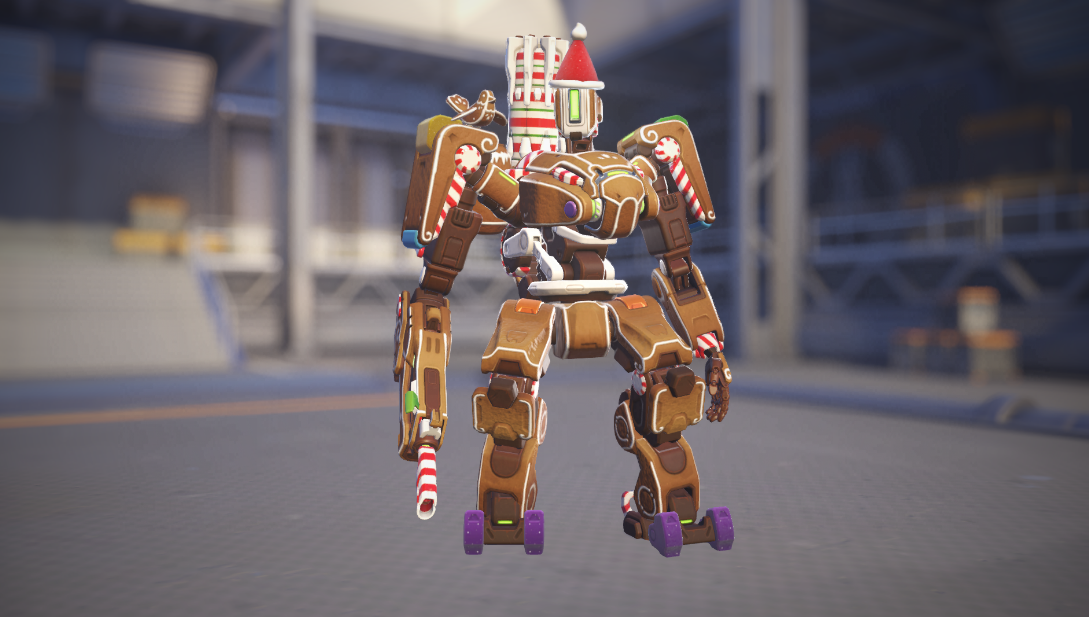 The release of Overwatch 2 has been met with a fair amount of controversy. The video game Overwatch 2 was released for the first time on October 4, and almost immediately after its release, it began to receive some rather negative feedback from both professional reviewers and casual gamers. Longtime fans of Overwatch 2 have been let down by the game’s exploitative business methods, despite the fact that the core gameplay is still as good as it has always been. Fans would have naturally expected Overwatch 2 to be a better deal than its predecessor by switching to a live-service, free-to-play model. However, many fans are disappointed with the over-reliance on in-game currency, the removal of loot boxes, and the severe lack of new content, and Blizzard’s latest move has just continued to disappoint.

Blizzard made the announcement just yesterday that the Winter Wonderland event Bastion skin, which gives the DPS character a festive gingerbread makeover, will cost just one Overwatch Coin for a limited time. This promotion is only valid for a limited amount of time. Although it has been referred to as a “Sweet Holiday Surprise” throughout all of Blizzard’s social media platforms, a sizeable segment of the player base is not quite as excited about the almost “free” cosmetic.

In the original version of Overwatch, players had a variety of options for how they might earn new skins. Players had the option to either directly purchase the skins they want from the Overwatch store, try their luck by opening loot boxes, or obtain select skins for free by participating in the game’s many limited-time events. The removal of loot boxes in Overwatch 2 has been one of the features that has caused the greatest controversy. This change has the effect of compelling players to either purchase the Battle Pass or individual skins, as there is no other option. To make it even more difficult, the pricing in the Overwatch 2 store are absolutely crazy. When the game originally came out, the price of a Legendary skin was an astounding 1,900 Overwatch Coins, while the price of an Epic skin was only 1000, which roughly amounts to $19 and $10 respectively. In response to public criticism, Blizzard reduced the prices in their online store by a significant amount, bringing the cost of a Legendary skin down to 1000 coins and the cost of an Epic skin down to merely 250 coins. Even while this is much more reasonable, these prices are still fairly steep, and Blizzard didn’t do itself any favours by launching Overwatch 2 in a shaky and controversial manner, so this doesn’t help.

For a limited time only, you can purchase the one-of-a-kind Winter Wonderland Bastion skin from Blizzard for just one Overwatch Coin. On paper, this appears to be an exceptionally attractive offer. For the price of just one Overwatch Coin, which is equivalent to just one cent in real-world currency, players may purchase a Legendary skin that is also an event-exclusive skin. However, there is more to this topic than initially appears to be the case. If players use one Overwatch Coin to acquire the Bastion skin, they will end up with an unbalanced quantity of coins in their inventory. Due to the fact that all of the cosmetics in Overwatch 2 cost an even number of coins, it is impossible for players to spend an uneven number of coins. In some instances, this may force players to purchase another set of Overwatch Coins just so they have an even number of coins available for a future purchase.

If the PS5 Pro use current-generation solid-state drives (SSDs), it will be competitive with desktop PCs

Galaxy S22 and S21 models running Android 13 have had their Microsoft Intune problems resolved by Samsung.