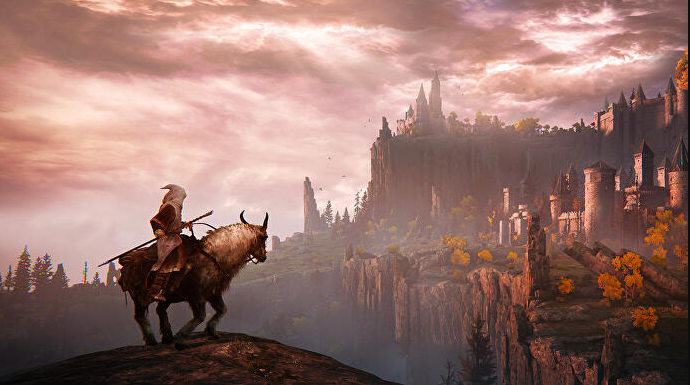 In February of 2022, Elden Ring was made available to the general gaming public, and it was met with an overwhelmingly positive response from critics. There have been millions of players who have risen from their lowly status as Tarnished and taken it upon themselves to travel to Leyndell in order to stake their claim to the throne of Elden Lord. Although the vast globe of Elden Ring contains enough content to keep players busy for hundreds of hours, many players have already completed the game and are looking for new things to do in the Lands Between now that they have seen one of the game’s many possible conclusions.

Once a player has heard Godrick’s final words one hundred times or managed to take down Malenia as a level one Wretch, it becomes apparent that additional content might be the best way to bring new life into the game. Of course, there are plenty of different builds to run through Elden Ring with that can change the gameplay up massively. However, once a player has reached this point, it becomes the case that additional content might be the best route to take. Already, theories based around Elden Ring’s downloadable content have taken over the internet. Many of these reports point to the game’s mystery coliseums as a possible location for the introduction of some additional player vs player content. If what you’ve heard is accurate and the DLC for Elden Ring does put an emphasis on player versus player combat, then it’s quite improbable that it won’t include anything that expands on the setting or story of the main game. When considering the DLCs previously released by FromSoftware, it is likely that there will be a storyline running across Elden Ring’s downloadable content, and there are a few different paths that narrative might go.

What the Recent Leaks Suggest About the Elden Ring Downloadable Content

The Elden Ring patch 1.07 revealed a significant amount of prospective information regarding the stuff that may or may not be added to the game in the future. As was mentioned before, the well-known dataminer Sekiro Dubi discovered that a significant portion of the game files contained what appeared to be an emphasis on the coliseums that were dispersed over Elden Ring. It is not possible to enter these coliseums in Elden Ring unless you take advantage of a bug or modify the game; yet, due to the sheer size of these arenas, many players believe that they serve a function beyond merely being decorative additions to the world. A topic that has received a great deal of attention on the internet is the Great Jar in Elden Ring. This jar, which is located just outside the coliseum in Caelid and has three summon signs in front of it, grants the player the ability to defend themselves against attackers. Some people have formed the opinion, based on the fact that this gigantic, mysterious character exists, that there is a possibility that the history of the Jars may be investigated in upcoming content for Elden Ring. Because Alexander the Warrior Jar places a high value on getting stronger, the downloadable content for Elden Ring might use the coliseums as a way to make the player get stronger while also demonstrating why the Jars place such a high value on becoming skilled warriors. This would be a fitting way to show why the Jars put so much emphasis on improving their fighting abilities.

However, this does appear to be a bit of a stretch, and there is the opportunity for the downloadable content for Elden Ring’s story to explore a great deal of other topics as well. The first piece of information that was rumoured to have been leaked about the upcoming additional material claimed that “Barbarians of the Badlands” would be the name of Elden Ring’s downloadable content pack. Despite the fact that this has been debunked as a hoax, this does not eliminate the chance that Elden Ring could migrate to the Badlands at some point in the future. If players are able to test their mettle against other players in player vs. player combat in the coliseums, then the Badlands might provide even more difficult player vs. environment challenges than the Lands Between do already.