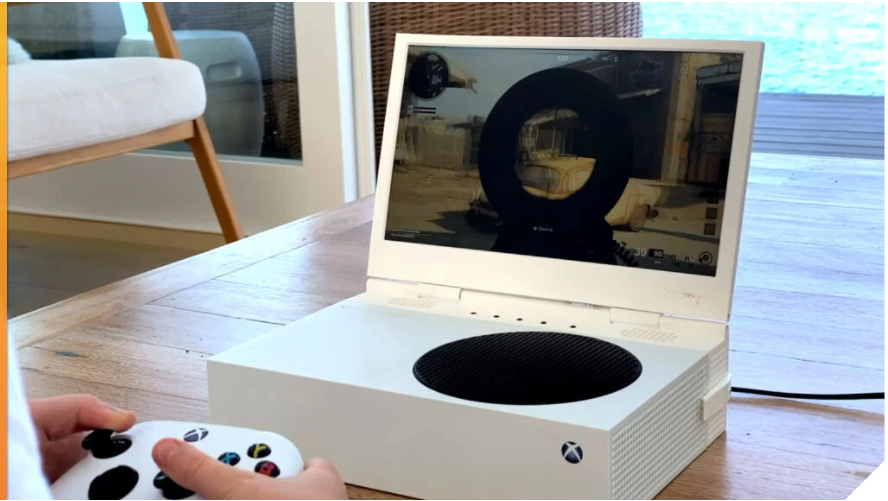 In order to connect to the Series S’s HDMI and USB connections, the xScreen must first be folded in order to provide an 11.6-inch IPS screen.

The screen will display a 1080p 60Hz image, and it features integrated stereo speakers as well as controls for the display settings and volume that are incorporated into the screen.

In many ways, the outcome is comparable to the portable displays that were built for the PlayStation One and GameCube, which effectively transformed those consoles into “portable” gadgets (as long as a power supply was nearby). But the xScreen also claims a “cable-free attachment solution,” which means that it takes its power directly from the Series S’s own power source and does not require a separate power supply. The ability to switch on a crosshair overlay for first-person shooter titles, as well as the ability to automatically turn off the Xbox when the lid is closed, are among the new features mentioned in today’s teaser (to prevent it overheating when the lid blocks the vent). Users can also choose to add an optional stand to the console, allowing them to position it vertically.

According to the screen’s manufacturer, UPspec Gaming, the screen will only weigh 695g and can be transported in a 15-inch laptop bag alongside the Series S, however a special carrying case for the screen and console will also be available.

Genshin Impact: How to Use MiHiTo Grow My Email List

How To Transfer Animal Crossing Data To New Switch